Yuvraj Singh Recalls Time During Cancer, Says "Was A Dark Moment" Of His Life

After completing his chemotherapy cycle in the United States, Yuvraj made his international comeback in a Twenty20 match against New Zealand. 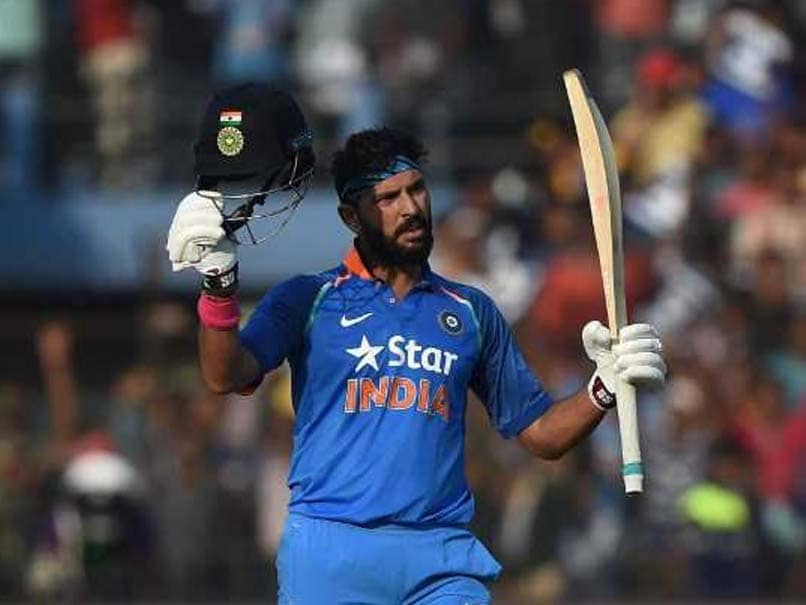 Yuvraj Singh played a pivotal part in India's 2011 World Cup-winning journey. Yuvraj's effort with both the bat and ball (362 runs and 15 wickets) in the 2011 World Cup earned him the player of the tournament award. Apart from this, Yuvraj, in a match against Ireland, became the first ever player to take five wickets and score 50 runs in a World Cup match. However, the joy of the tournament did not last long for the star left-handed batsman as he was diagnosed with cancer shortly after the World Cup. Yuvraj on Thursday recalled how he fought cancer and was determined to make a comeback in the game.

"The diagnosis of cancer shortly after the high of the World Cup victory, it took the joy out of everything, it was a very dark moment in my life, that little mental wince again," Yuvraj Singh was quoted as saying by cricketnext.

"When you win the World Cup, when you are Man of the Tournament, you are on top of the mountain. Suddenly, you fall in the ditch. It's just life, you don't expect that -- you are left with no choice," Yuvraj further added.

After successfully completing his chemotherapy cycle in the United States, Yuvraj returned to India in 2012 and made his international comeback in a Twenty20 match against New Zealand.

Yuvraj notched up his career-best ODI score of 150 in January 2017. The 36-year-old achieved this feat in a match against England at Cuttack that India won by 15 runs.

The left-arm batsman is currently representing Punjab in the Vijay Hazare trophy. He scored 264 runs in the seven matches he has played.