Yuvraj Singh posted on social media to raise awareness on World Wildlife Day but Kevin Pietersen found an opportunity to have some banter ahead of Road Safety Series. 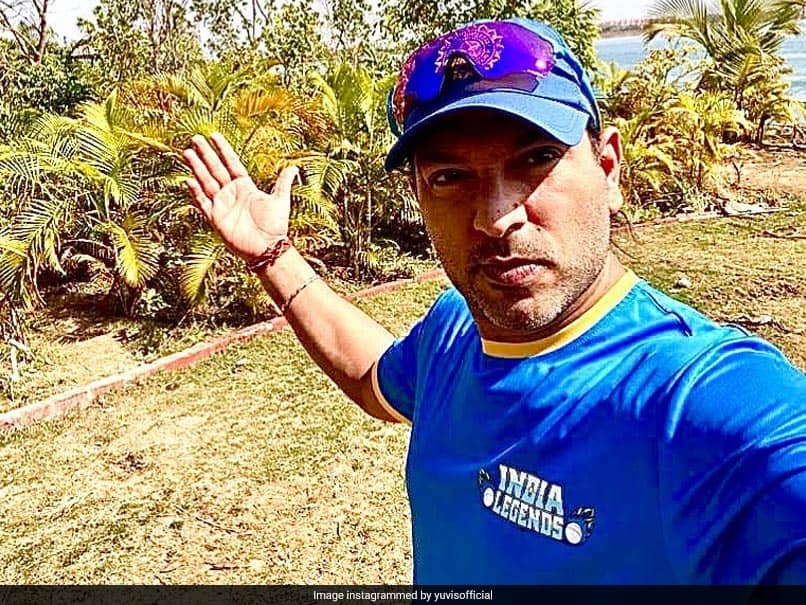 Former India all-rounder Yuvraj Singh took to social media to bring attention to World Wildlife Day and that gave Kevin Pietersen a chance to indulge in some friendly banter. Yuvraj posted a selfie with some bushes in the background and Pietersen cheekily commented, "That's where you'll be fetching your balls next week." Yuvraj and Pietersen are likely to come face-to-face on the cricket field yet again in the Road Safety World Series starting March 5. Yuvraj and Pietersen are members of India Legends and England Legends respectively. 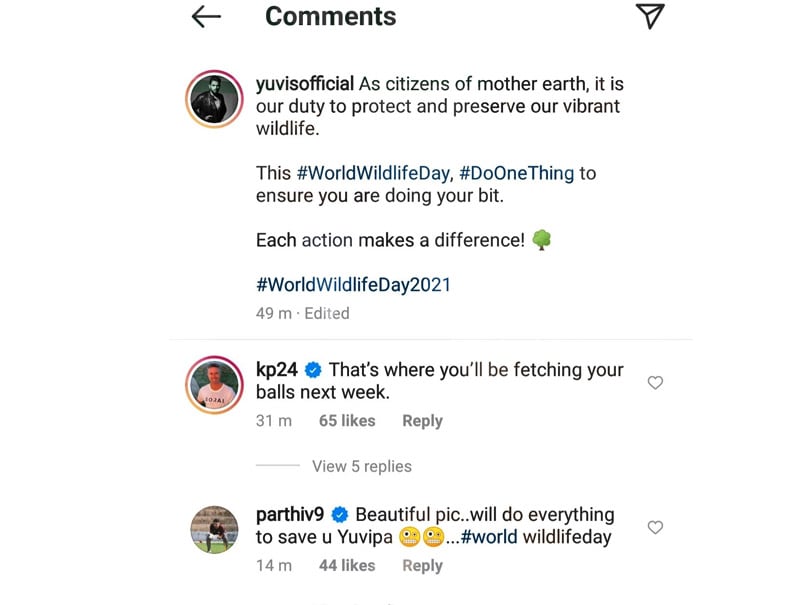 "As citizens of mother earth, it is our duty to protect and preserve our vibrant wildlife. This #WorldWildlifeDay, #DoOneThing to ensure you are doing your bit. Each action makes a difference!" Yuvraj posted on Instagram.

Tendulkar asked his followers to identify where the picture he posted was taken.

"Into the Wild! Do you know where this pic was clicked? Hint: A Tiger Reserve in Maharastra!" wrote Tendulkar on Instagram.

On Tuesday, Yuvraj and Tendulkar reached Raipur, the venue for the tournament, and posted on social media a picture where they were seen decked in PPE kits.

Pietersen has also landed in India and he too posted on social media snippets from his hotel room where he is quarantined.

The tournament begins on March 5 with India Legends taking on Bangladesh Legends.

Beside the aforementioned cricketers, Brian Lara, Sanath Jayasuriya, Muttiah Muralitharan and Virender Sehwag among others will be seen in action.