"Don't Give Up": Yuvraj Singh Pledges To Help Those Fighting Cancer

Yuvraj Singh is a cancer survivor himself, having been diagnosed with the disease after the 2011 World Cup. 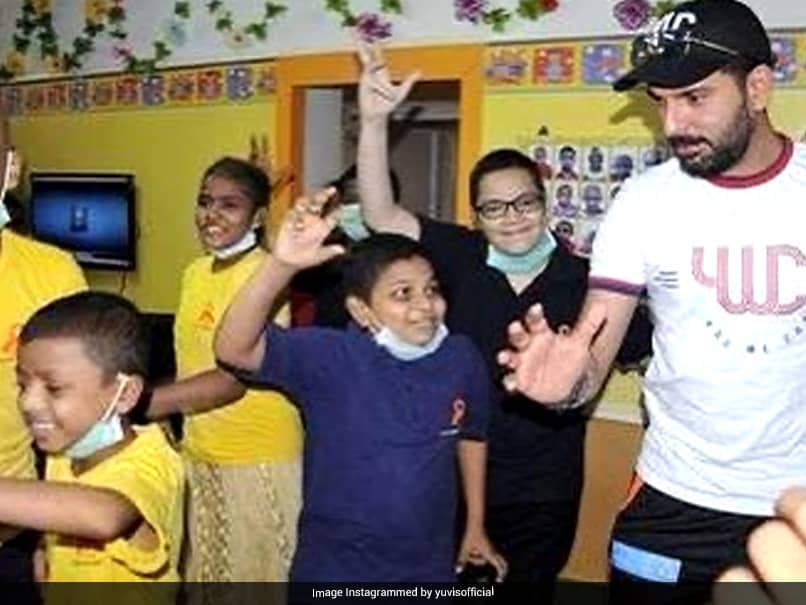 Yuvraj Singh, who won his battle with cancer, spoke up on National Cancer Survivors Day, and pledged to help those battling the disease. "When life gives you a 2nd chance, it should be used for the greatest good," the former India batsman wrote in his caption on a photo that he shared on Instagram. "Being a survivor, I know the pain & agony of fighting cancer," he added. "On #CancerSurvivorsDay I once again pledge to take care of those who are battling cancer," he further wrote.

When life gives you a 2nd chance, it should be used for the greatest good. Being a survivor, I know the pain & agony of fighting cancer. On #CancerSurvivorsDay I once again pledge to take care of those who are battling cancer. Don't give up ???????? ‪#TogetherWeCan @youwecan

The 2011 World Cup-winner signed off on a motivational note. "Don't give up," he wrote.

National Cancer Survivors Day is celebrated on the first Sunday of June every year since 1988.

Yuvraj Singh was diagnosed with a cancerous tumor in his left lung following India's World Cup triumph in 2011. He had scored 362 runs and claimed 15 wickets in the tournament and was bestowed with the Player of the Tournament award in the end.

Yuvraj's fight against cancer and his comeback to the national team is no less inspiring. He underwent chemotherapy treatment in Boston and Indianapolis and returned to India in April 2012.

In 2018, on his 37th birthday, the stylish southpaw took a pledge to support the treatment of 25 children suffering from cancer.

Yuvraj Singh also founded YouWeCan, which is a non-profit organisation that aims at spreading awareness about cancer and empowering survivors.

Yuvraj Singh Cricket
Get the latest updates on India vs Australia Series, check out the India vs Australia Schedule for 2020-21 and Ind vs Aus live score . Like us on Facebook or follow us on Twitter for more sports updates. You can also download the NDTV Cricket app for Android or iOS.