Harbhajan Singh said, he did not understand the "agenda" behind not being picked up in the 2015 World Cup squad along with Yuvraj Singh and Virender Sehwag. 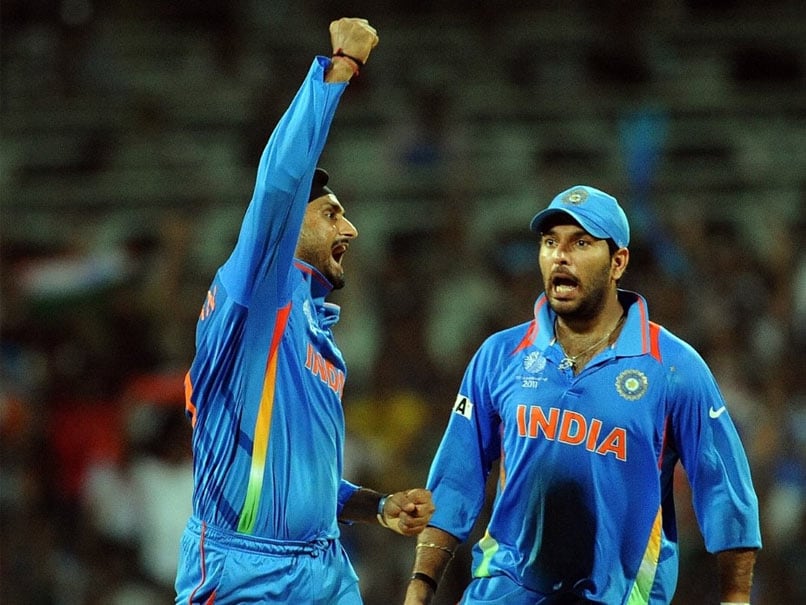 Harbhajan Singh and Yuvraj Singh in action during the 2011 World Cup.© AFP

Harbhajan Singh was one of the key members of India's 2011 World Cup winning squad. However, he was not picked up in India's squad for the 2015 World Cup, which was jointly hosted by Australia and New Zealand. Expressing his disappointment on the same, the veteran off-spinner said, a lot of players from the 2011 World Cup winning squad should have played the marquee event in 2015. Harbhajan Singh, 39, named Yuvraj Singh, Gautam Gambhir and Virender Sehwag as the other players who should have been selected for the 2015 World Cup.

Explaining how he felt on not being picked for the 2015 World Cup, Harbhajan Singh said, "It was like your work is done now you can leave. We have to make a new team. Why do you need a new team? You need it when the team has not won. We won the World Cup and you should take the team forward".

In the 2015 World Cup, India were knocked out in the semi-finals by hosts Australia.

Harbhajan Singh, a veteran of 236 One-Day Internationals (ODIs), meanwhile still remains out-of-favour from the Indian cricket team. He has 269 ODI wickets under his belt and represented the national team in 103 Tests and 28 Twenty20 Internationals (T20Is).

Virender Sehwag Cricket
Get the latest updates on IPL 2021, check out the IPL 2021 Schedule and Indian Premier League Live Score . Like us on Facebook or follow us on Twitter for more sports updates. You can also download the NDTV Cricket app for Android or iOS.