As per WADA Doping Code of 2015, a first-time offense automatically invokes a four-year suspension. 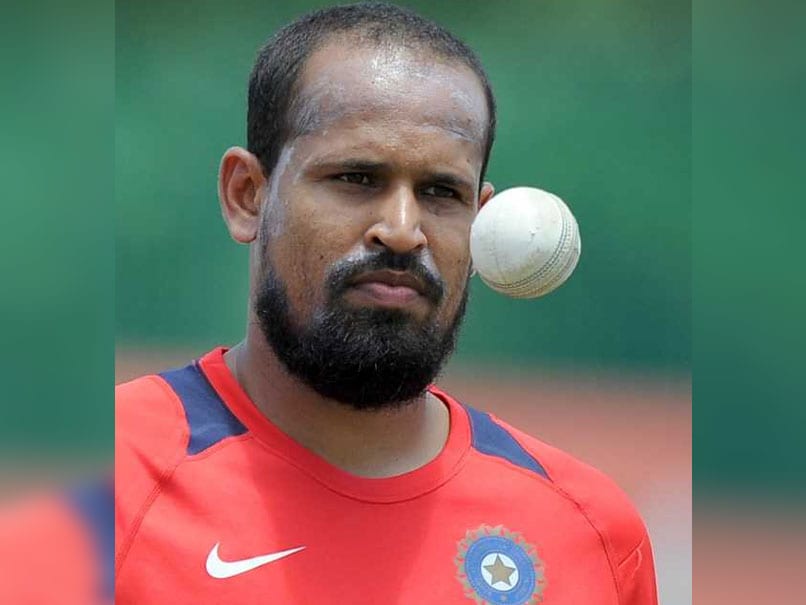 Cricketer Yusuf Pathan might soon be completing BCCI's retroactive five-month ban imposed on him for a first-time dope offense but as per the World Anti-Doping Agency's (WADA) protocol, the case is an active one. Indian all-rounder Pathan was on Tuesday handed a five-month retrospective suspension for failing a dope test, a sanction which will end on January 14 after the BCCI accepted his plea that the violation was inadvertent.

"As this is a pending case, we are not in a position to comment," informed Maggie Durand, WADA's Manager, Media Relations and Communications in response to an email query by PTI whether the period of the ban imposed on him was WADA-compliant.

As per WADA Doping Code of 2015, a first-time offense automatically invokes a four-year suspension.

The BCCI had said in a statement, "Mr Yusuf Pathan has been suspended for a doping violation. Mr. Pathan had inadvertently ingested a prohibited substance, which can be commonly found in cough syrups."

The 35-year-old Pathan, a member of the victorious Indian 2011 World Cup squad, had provided a urine sample as part of the BCCI's anti-doping testing program during a domestic T20 competition on March 16 last year.

"His sample was subsequently tested and found to contain Terbutaline. Terbutaline, a specified substance, is prohibited both In and Out of Competition in the WADA Prohibited List of Substances," the BCCI stated.

The all-rounder, who has played 57 ODIs and 22 T20 Internationals for India, was charged with the "commission of an Anti-Doping Rule Violation (ADRV) under the BCCI Anti-Doping Rules (ADR) Article 2.1 and provisionally suspended pending determination of the charge".

"Mr. Pathan responded to the charge by admitting the ADRV and asserting that it was caused by his ingestion of a medication containing Terbutaline that had been mistakenly given to him instead of the medication prescribed for him, which did not contain any prohibited substance," the BCCI explained.

The BCCI said it is "satisfied" with Pathan's explanation that he was using the medication to "treat an Upper Respiratory Tract Infection (URTI) and not as a performance-enhancing drug".

"Having considered all of the evidence and taken expert external advice, the BCCI has accepted Mr Pathan's explanation of the cause of his ADRV, and on that basis has agreed that a period of ineligibility of five months should apply, together with the disqualification of certain results," the BCCI stated.

The BCCI said Pathan had been provisionally suspended on October 28 last year and the Board has now decided to back-date the period of his final suspension from August 15.

"In all of the circumstances, the five-month period of ineligibility will be deemed to have started to run on 15 August 2017 and end at midnight on 14 January 2018," the Board stated.

The development comes amid the BCCI's stoic opposition to allow the National Anti-Doping Agency to test cricketers. The Board has refused to sign up with NADA despite repeated requests by the agency.

Significantly, the IPL players' auction is scheduled this month-end at Bengaluru and Pathan, a regular in the Kolkata Knight Riders team, will become eligible to be included in the list of players after serving out his ban this Sunday.

Comments
Topics mentioned in this article
India Cricket Team Yusuf Pathan Cricket
Get the latest updates on India vs England Series, India vs England , live score and IPL 2021 Auction . Like us on Facebook or follow us on Twitter for more sports updates. You can also download the NDTV Cricket app for Android or iOS.