Yusuf Pathan Thrilled to be Kolkata Knight Riders' 'Chosen One'

Yusuf Pathan thanked the owners of Kolkata Knight Riders for their unwavering faith in him and hailed skipper Gautam Gambhir for his continued motivation despite a poor run of form in the first half of the Indian Premier League 2014.

Elated at being part of an IPL-winning team thrice, swashbuckling Kolkata Knight Riders batsman Yusuf Pathan has credited team owners Shah Rukh Khan, Jai Mehta and Juhi Chawla for his fine form, saying that they backed him even after a lackluster run at the start of the season. 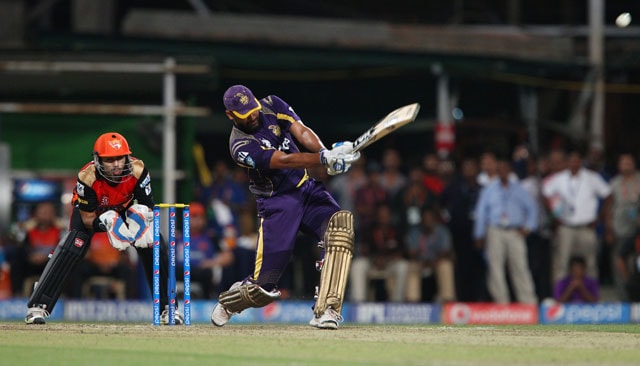 "I would give credit to Shah Rukh bhai, Jai bhai and Juhi behen for backing me. All the three wanted to retain me after the 2013 season but for some reason they couldn't. (Read also: KKR Co-Owner Shah Rukh Khan Dedicates IPL Triumph to Youngest Son)

"So I have always been their preference and it's good to be the chosen one. They always want me to do well," Yusuf told PTI in an interview.

After a low-scoring first half this season, Yusuf found his lost touch post a 22-ball 72 against Sunrisers Hyderabad at Eden Gardens and he felt relieved on finally justifying skipper Gautam Gambhir's faith. (Also read: Gambhir Happy to Prove Naysayers Wrong)

"Gautam trusts me immensely and had told me a number of times that I am his match-winner. And it felt good when I finally came up with a knock that helped my team end second before the play-offs. That innings justified his trust in me," said Yusuf.

Yusuf, who was part of the Rajasthan Royals side that won the inaugural edition in 2008, also credited former skipper Shane Warne for instilling confidence in him.

"See, Shane Warne helped me immensely. He had a knack for handling youngsters and he handled me pretty well. He trusted me. So both Warne and Gambhir have utilised me differently and their respective styles have benefitted me," said Yusuf.

After being slammed by critics for a below par show in the first half of this season, Yusuf, 31, finally ended with a respectable average of 29.77 and the 'Baroda bomber' admits that his promotion to the No.4 position worked for him.

"If you see, I batted at No.6 in the early part of this season and it is very difficult to score consistently when you come at that slot in T20 cricket. But since the time I was promoted to No.4, I started performing and came up with some useful knocks for my team," said Yusuf. (Read also: Of Unexpected Heroes and a Special KKR Triumph)

Yusuf, who chipped in with a 22-ball 36 in the title clash, is a useful off-spinner with 149 wickets in 60 first-class games and the Baroda all-rounder admitted to missing bowling in the IPL.

"I absolutely miss bowling in the IPL. The way Warne used me as a new ball spinner, I guess that was a first in T20. I bowl a lot in domestic cricket as well. But it's different in KKR, which has a lot of good spinners," said Yusuf.

After leading Baroda to the title in the Syed Mushtaq Ali T20 trophy and now being a part of a successful IPL team, Yusuf has set his eyes on a 2015 World Cup berth. "I am very positive. I am working hard and obviously my goal would be to feature in the World Cup squad. But destiny plays a big part. My job is to perform whenever I get the opportunity. My domestic season went well with Baroda and the IPL second half was great. The rest is upto God," Yusuf signed off.