Sprint legend Yohan Blake not only wants to feature in the Indian Premier League (IPL) but also wants to own a franchise in the lucrative tournament. 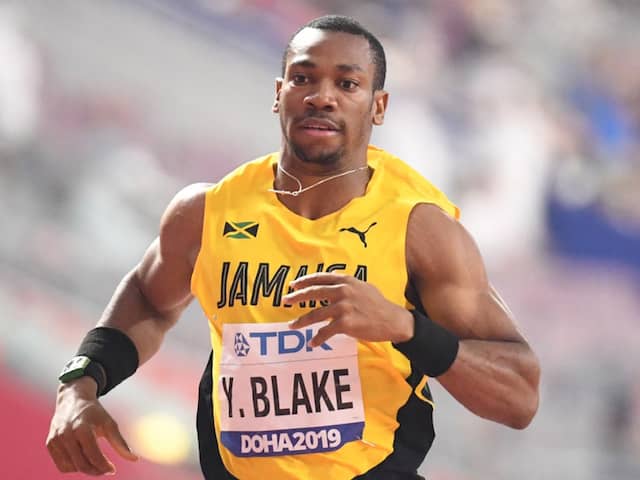 IPL has been a major attraction for Yohan Blake.© AFP

Yohan Blake will participate in track and field events for at least two more years and after retiring he wants to play franchise cricket for either Kolkata Knight Riders (KKR) or Royal Challengers Bangalore (RCB), the sprint legend said in an interview to mid-day.com. For Yohan Blake, who has achieved numerous accolades in track and field events across competitions, the Indian Premier League (IPL) has been a major attraction. Blake, 29, also wants to own a franchise in the lucrative tournament.

"I have two more years left in track and field and then its cricket for me. But, I do not wish to play for the West Indies. I would love to feature in franchise cricket; I would even love to own a franchise in India. And most importantly, play for either Kolkata Knight Riders or the Royal Challengers Bangalore. Chris Gayle (fellow Jamaican) was there for a long time," the Jamaican said during the interview.

Blake, who won two silver medals in the 2012 London Olympics, said he loves the Royal Challengers Bangalore (RCB) franchise due to their premier batsmen Virat Kohli and AB de Villiers.

In the 2018 Commonwealth Games, Blake had won the bronze medal in 100m. His gold medal at the 2011 World Championships made him the youngest 100m world champion ever.

Blake, however, is still to win an individual gold medal at the Olympics.

Kolkata Knight Riders Cricket
Get the latest updates on IPL 2020, check out the IPL Schedule for 2020 and Indian Premier League (IPL) Cricket live score . Like us on Facebook or follow us on Twitter for more sports updates. You can also download the NDTV Cricket app for Android or iOS.