Yohan Blake won his 200 metres heat in a cautious time of 21.57 seconds in his first competitive appearance in nearly a year at the Jamaica Athletics Administrative Association All-Comers Development series. 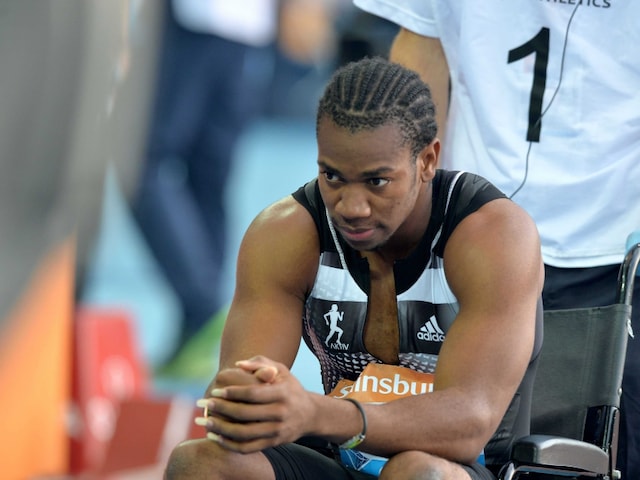 Former world champion sprinter Yohan Blake took huge steps towards his participation in this summer's World Championships in Beijing when he won his first competitive appearance in nearly a year at the Jamaica Athletics Administrative Association All-Comers Development series here.

The injury-plagued 25-year-old Blake competed in the 200 metres, winning his heat in a cautious time of 21.57 seconds at the National Stadium on Monday.

And while the time was just good enough for 13th overall, Blake said the outing had been a vital one as he looked to make a comeback on the international circuit.

"It felt different (because) I was really nervous (and) didn't know what I could do really. But I feel really good to the get the rust off."

Blake had a superb year in 2012 when he finished with silver behind Usain Bolt in both men's sprints at the London Olympics.

However, he was forced out of the World Championships in Moscow the following year due to a hamstring injury and an attempted comeback last July in Glasgow finished in disappointment when he pulled up dramatically and crashed to the track.

With the Jamaica National Championship set to begin June 25, Blake has his sights trained on a positive outing, with qualification for the World Championships in mind.

"I don't take long to get going, so I am going to come next week and run one more and head into the trials," the Jamaican said. "I just have to keep it simple and do some speed work and I will be good."

He remains unsure, however, about his participation in both sprints at the National Championships, and stressed his focus was on returning to competitive shape.

"I am not sure as yet I am still leaving it for the coach to decide what he thinks is best for me," Blake noted. "I just want to get back my competitiveness and see what happens, but I would like to be in the top three."

The World Championships are set for August 22-30.