Wriddhiman Saha took to social media to wish his daughter Mia, on her birthday. 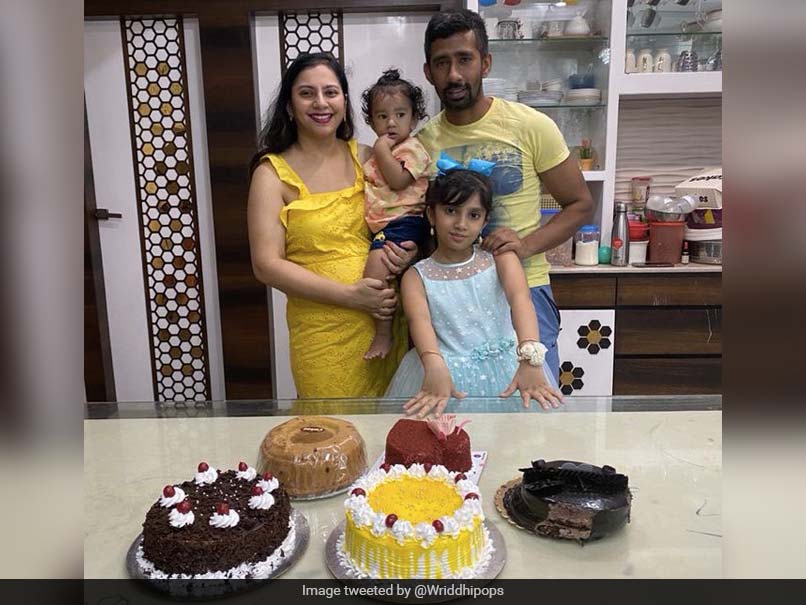 Wriddhiman Saha poses for a family photograph on his daughter's birthday.© Twitter

In an adorable post, wicketkeeper-batsman Wriddhiman Saha took to social media to wish his daughter Mia on her birthday. Saha recently recovered from COVID-19, after contracting it during IPL 2021, which has been postponed indefinitely midway through the season after several players, including Saha, tested positive for the deadly virus within the IPL bio-bubble. Posting a family photo on Twitter, the India international captioned it as, "Whenever I am feeling down in life, I just think of you, because your smile lights up my life. Happy birthday my dearest, Mia."

Whenever I am feeling down in life, I just think of you, because your smile lights up my life. Happy birthday my dearest, Mia pic.twitter.com/Gqz7O3xdgi

The veteran cricketer is also part of India's squad for the upcoming World Test Championship (WTC) final and five-match Test series against England. In the WTC final, Virat Kohli's side will face New Zealand.

Although Saha has recovered in time, the BCCI selection committee decided to not take any chances and added KS Bharat to the squad as cover for the 36-year-old wicketkeeper.

Other than Saha, there were other high-profile cases too, with Chennai Super Kings' (CSK) Michael Hussey and Lakshmipathy Balaji also testing positive for the dreaded virus.

Saha and SRH had a disappointing IPL 2021 season, which also saw David Warner stripped off the team's captaincy in favour of Kane Williamson. SRH could only muster one win in seven matches before the competition was postponed.

Also, Saha will soon travel with the rest of the squad to the UK where India will start their tour with the WTC final against New Zealand, beginning June 18.

Wriddhiman Saha IPL 2021 Cricket
Get the latest updates on SA vs IND 2021-22, check out the Schedule and Live Score . Like us on Facebook or follow us on Twitter for more sports updates. You can also download the NDTV Cricket app for Android or iOS.