The World Test Championship (WTC) final will be held at The Ageas Bowl in Southampton, starting on June 18. 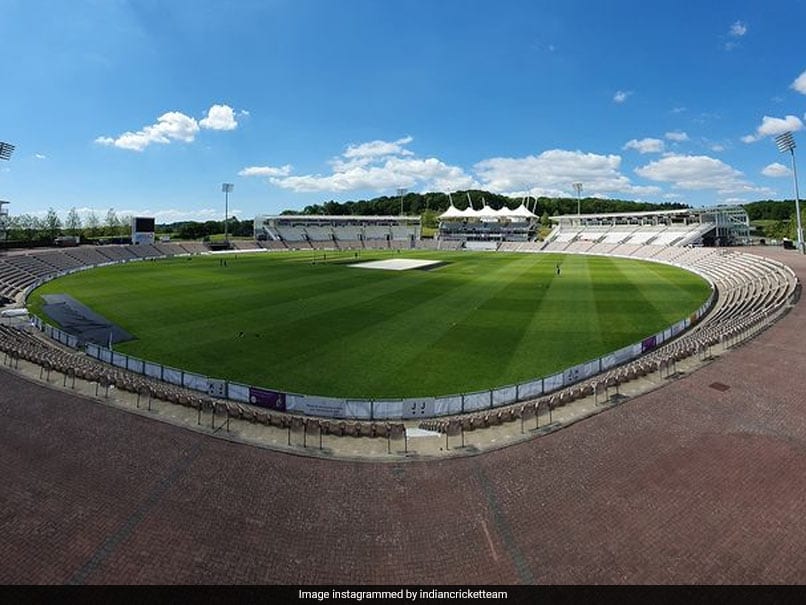 The Ageas Bowl will be hosting the WTC final between New Zealand and India.© Instagram

With India set to face New Zealand in the upcoming World Test Championship (WTC) final, all eyes will be on the playing conditions at The Ageas Bowl. The much-anticipated fixture begins from June 18 in Southampton. Other than the playing conditions, the venue is also a star attraction for cricket fans due to its extravagant infrastructure. Team India posted a photo of the venue on Instagram, and it looks like the venue hasn't lost its charm even with the raging coronavirus pandemic. The post was captioned as, "Perfect setup for training".

After the WTC final, the Virat Kohli-led outfit will face hosts England in a five-match Test series.

During the WTC final, all eyes will also be on Jasprit Bumrah, who could become the fastest Indian pacer to take 100 Test wickets.

He needs 17 more dismissals to reach the landmark in Test cricket and has only played in 19 Test matches so far. The record is held by the legendary Kapil Dev, who reached the milestone in 25 Tests.

The majority of the Indian cricketers were last seen in action during the Indian Premier League (IPL) 2021 season. IPL 2021 was postponed midway through the season due to the coronavirus pandemic.

The Rose Bowl, Southampton India vs New Zealand, Final Cricket
Get the latest updates on SA vs IND 2021-22, check out the Schedule and Live Score . Like us on Facebook or follow us on Twitter for more sports updates. You can also download the NDTV Cricket app for Android or iOS.