The ex-England spinner revealed why he thinks India will be a potential threat in World Cup 2019. 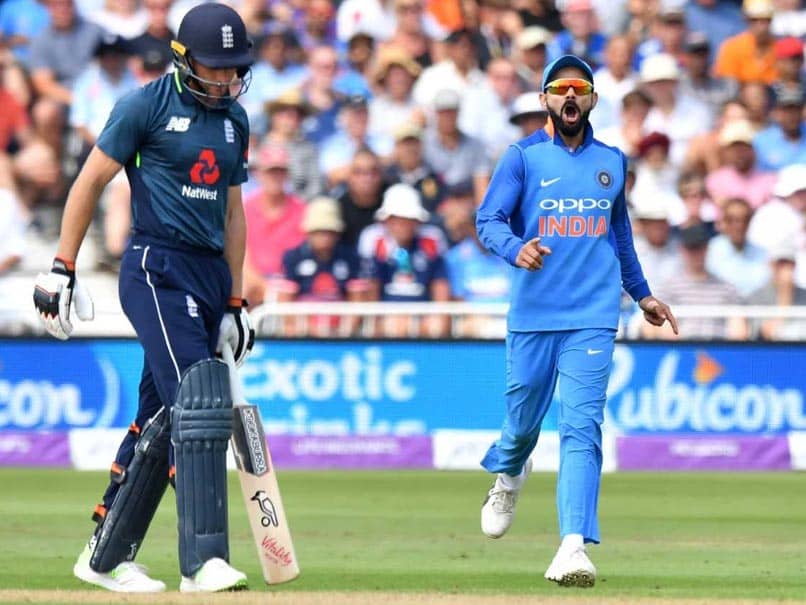 England are touted as one of the favourites to lift the World Cup 2019.© AFP

England are touted as one of the favourites to lift the World Cup 2019 but former spinner Greame Swann has warned the hosts about the potential threat of India. Swann was a member of the only England men's side to have won a major global trophy -- the 2010 World Twenty20 in the Caribbean -- and sees parallels between that team and Eoin Morgan's men. The 39-year-old said, India led by Virat Kohli, should not be written off as they are an exceptional One-Day International (ODI) team.

"You can never write off India, they are an exceptional one-day team, Virat Kohli is a brilliant captain, brilliant player."

As for champions Australia, England's oldest rivals and five-times World Cup-winners, Swann said: "The Aussies are like Germany in the football -- you can never write them off at a World Cup."

Swann though said he was particularly looking forward to watching Pakistan, who won the 2017 Champions Trophy one-day tournament in Britain.

"They are so mercurial, you never know what you are going to get. When they are on fire, they are absolutely explosive and when they're not, they're awful."

Alastair Cook believes England can end decades of World Cup disappointment with a triumph on home soil this year.

Former England skipper Cook, who retired from international cricket last year as the country's highest Test run-scorer and most-capped player, said there were several reasons why Morgan's men could go one better than the England teams that lost in the 1979, 1987 and 1992 finals.

"They're a very settled side, they've got 15 players pretty much nailed on for that squad," Cook told AFP at a World Cup event in London's Trafalgar Square on Tuesday.

"They are a brilliant one-day side."

Cook never played in a World Cup, with the left-handed opening batsman dramatically dropped from the squad that then failed to beat a fellow Test nation while suffering a group-stage exit at the 2015 edition in Australia and New Zealand.

But Cook said a change of attitude lay behind England's rise up the one-day rankings since that dismal display.

England have never won the men's World Cup, but with 100 days to go until the start of the latest edition, a team captained by Morgan are top of the 50-over world rankings.

Virat Kohli Graeme Swann Cricket
Get the latest updates on IPL 2020, check out the IPL Schedule for 2020 and Indian Premier League (IPL) Cricket live score . Like us on Facebook or follow us on Twitter for more sports updates. You can also download the NDTV Cricket app for Android or iOS.