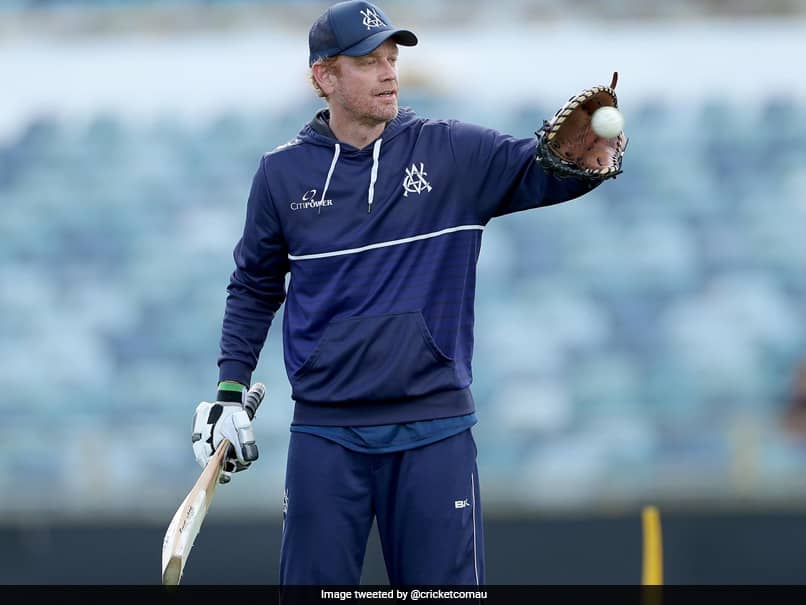 Andrew McDonald said one team will travel to South Africa and the other will go to New Zealand.© Twitter

Australia assistant coach Andrew McDonald on Saturday said that Cricket Australia (CA) is trying its best to go ahead with the scheduled Test series against South Africa. According to the schedule for the World Test Championship, Tim Paine's side is meant to be facing the Proteas in three Tests in South Africa between February 14 and March 13 -- a key assignment leading up to the tournament final in England in mid-2021. But the problems during England's visit has made the trip increasingly problematic, ESPNcricinfo reported.

McDonald said one team will travel to South Africa and the other team will go to New Zealand to play the five-match T20I series, starting from February 22.

"We are expecting the tour to go ahead and we are planning our preparations with our quicks. A team going for South Africa for the Test series and a team going to New Zealand none of that changed at this stage. We are working day and night to make sure that we do go to South Africa. I think it is important for the world cricket that the show goes on," McDonald said in the virtual press-conference on Saturday.

Coming back to the Brisbane Test, the assistant coach feels rain will help the wicket to bind the cracks, but as the game progresses it will open up and help the bowlers take wickets.

"Definitely, the surface was a lot drier than we used to see here on day one at the Gabba. Saw some cracking appearing on the morning on day one and clearly overnight that some open-up little bit fell on and I'm not sure what rain has done to the wicket today maybe it helps to stay together and close those a little bit."

"As the game progresses, those cracks will open up a fair bit more and I think we see the acceleration of the game when the wicket will start deteriorating. We are optimistic that it will happen and if it does not then we have to find other ways," McDonald said.

"Washington Sundar, in particular, was disciplined and filled the role of Ashwin quite well, kept the tight lengths, and took some key wickets along the way. His ability to control the tempo of the game was a thing that stood out for me. Natarajan shapes the bowl early so there is a lot of talks about him. They applied pressure throughout the innings and that made it difficult for us. Whole credit to their attack," he said.

At stumps, India's score read 62/2 and the visitors still trail by 307 runs with eight wickets in the bag. Cheteshwar Pujara (8) and Ajinkya Rahane (2) will need to start afresh on Sunday and with Nathan Lyon sending the dangerous-looking Rohit Sharma (44) back to the hut before the tea break, the hosts definitely hold a slight edge.