Aiming their seventh straight title, India will hope they can continue their all-round form and beat Pakistan before reaching the finals. 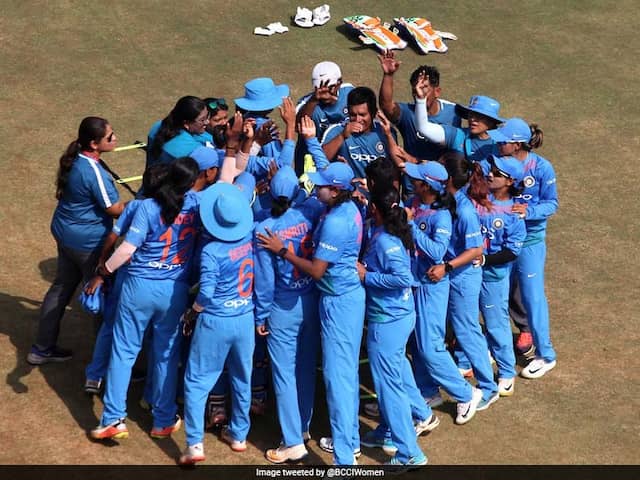 India will play arch-rivals Pakistan in a virtual knock-out clash of the women's T20 Asia Cup at the Kinrara Academy Oval on Saturday. With six points apiece, India and Pakistan occupy the top two spots in the table, with a superior net run rate separating the Harmanpreet Kaur-led side from Pakistan. Aiming their seventh straight title, India will hope they can continue their all-round form and beat Pakistan before reaching the finals. The big win over Sri Lanka on Thursday will boost the confidence of Harmanpreet's side, especially after the shocking defeat to Bangladesh. Pakistan, on the other end, will hope to pick up a win over the tournament favourites, even as they try to overcome the humiliation at the hands of the Bangladeshi women.

Going in to Saturday's clash, it will be yet again a test between the Indian batswomen and the Pakistani bowlers.

The bowling department will be spearheaded by veteran Jhulan Goswami and Shikha Pandey even as the spin trio of Ekta Bisht, Rajeshwari Gayakwad and Poonam Yadav are expected to contribute in the middle overs.

Meanwhile, Pakistan will expect skipper and star all-rounder Bismah Maroof to deliver the goods along with the likes of Sana Mir, Nida Dar, Muneeba Ali and Nahida Khan.

Overall, the clash is expected to go down to the wire as the winner directly reaches Sunday's final while the loser will have to wait for the outcome of the other match between third-placed Bangladesh (six points) and hosts Malaysia, to know their fate.

Pakistan Women Harmanpreet Kaur Smriti Mandhana Cricket
Get the latest Cricket news, check out the India cricket schedule, Cricket live score . Like us on Facebook or follow us on Twitter for more sports updates. You can also download the NDTV Cricket app for Android or iOS.