Veda Krishnamurthy (29 not out) and Anuja Patil (19 not out) then completed the proceedings without any further hiccups as India overhauled the target comfortably with seven balls to spare. 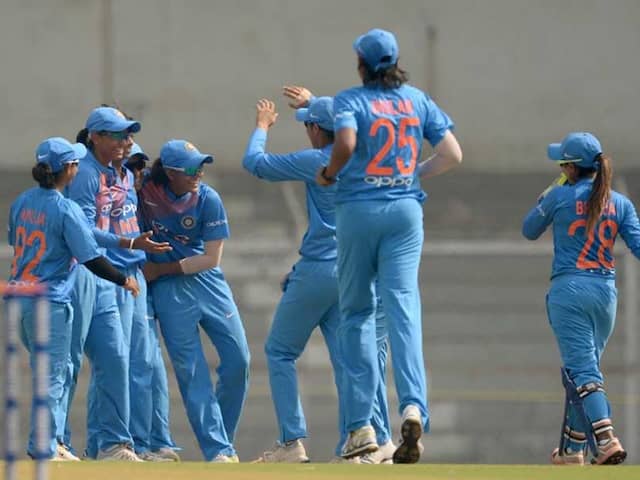 The women-in-blue will next take on arch-rivals Pakistan in their last outing on Saturday.© AFP

India bounced back from the humiliating seven-wicket loss to Bangladesh, outclassing Sri Lanka by the same margin to register their third win and almost seal their place in the final of the Women's T20 Asia Cup. The six-time champions consolidated their stay atop the points table, after riding an all-round effort to beat the Islanders at the Royal Selangor Club in Kuala Lumpur on Thursday. Electing to bat, Sri Lanka received an early jolt with just 12 runs on the board as left-arm spinner Ekta Bisht drew first blood, dismissing opener Nipuni Hansika for two runs. Showing some resistance, Hasini Perera and opener Yasoda Mendis (27) lifted their side to the 50-run mark. However, Mendis fell in the 11th over when Poonam Yadav struck to break the partnership.

Perera kept the scoreboard ticking but lacked support from the other end even as the Indian bowlers shattered the Sri Lankan middle order with no other batswoman managing to touch the double-digit mark.

It was Perera's unbeaten 46 which somehow helped Sri Lanka reach 107/7 in the allotted 20 overs.

For India, Bisht scalped a couple of wickets for 20 runs while Jhulan Goswami, Anuja Patila and Poonam took one wicket each.

In reply, India lost opener Smriti Mandhana (12) early with 21 runs on the board. Despite the loss, opener Mithali Raj (23) kept on playing sensibly with new batswoman and skipper Harmanpreet Kaur (24).

But just when things seemed good in the middle, Mithali lost her concentration and was dismissed in the 12th over by Nilakshi de Silva with India's scorecard reading 55.

After two overs, Harmanpreet, who failed to make the most of her good start, became a victim of Udeshika Prabodhani after facing 25 balls and slamming two boundaries.

Veda Krishnamurthy (29 not out) and Anuja Patil (19 not out) then completed the proceedings without any further hiccups as India overhauled the target comfortably with seven balls to spare.

For the Sri Lankans, Oshadi Ranasinghe, de Silva and Prabodhani took a wicket each.

The women-in-blue will next take on arch-rivals Pakistan in their last outing on Saturday.