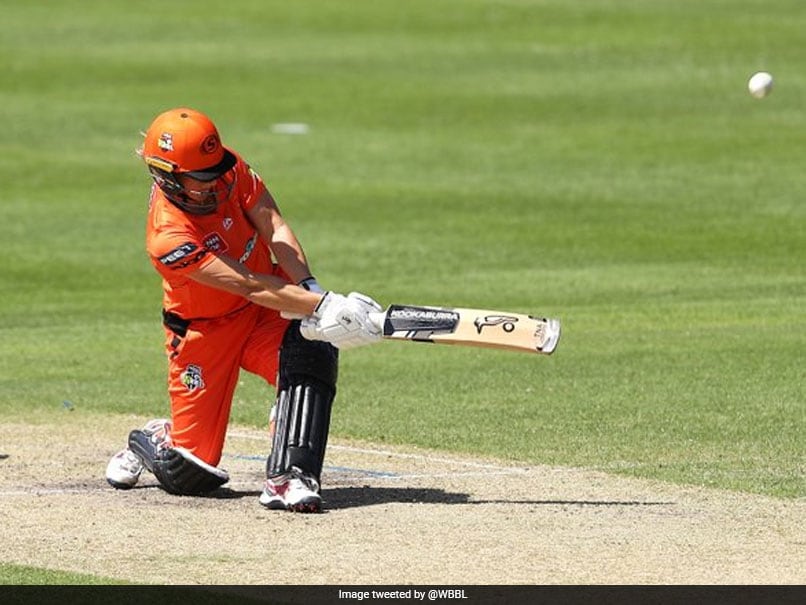 Perth Scorchers defeated Hobart Hurricanes by 10 wickets in the 51st match of the Women's Big Bash League (WBBL). The Scorchers were able to chase down a target of 135 runs in just 14.4 overs, courtesy an unbeaten 87 by New Zealand cricketer Sophie Devine. Devine's knock comprised of eight boundaries and five sixes. However, the shot which grabbed attention was a "freakish" hit off the backfoot over extra cover. Devine swung herself off her feet in an attempt to hit the ball hard, with the boundary described as resembling a hockey stroke by commentators. The shot was captured in a video tweeted by the WBBL's official Twitter account. "That's freakish from Sophie Devine! #WBBL06," read the caption on the tweet.

Devine's shot further received appreciation from the Scorchers' Twitter handle. "#MADETOUGH," read the reaction from the franchise with a 'fire' and 'flexed biceps' emoji.

The opener further received support from Australian cricketer Beth Mooney at the other end, who scored a 36-ball 48. Mooney's knock comprised of five boundaries.

Earlier, the Hobart Hurricanes were restricted to a total of 134 runs for the loss of six wickets in 20 overs. Opener Nicola Carey was the highest run-getter, hitting 36 runs off 31 deliveries with the innings comprising of five boundaries.

Emma Thompson scored the most runs after Nicola, registering a 23-ball 33, which included two boundaries and a six.

Samantha Betts was the pick of the bowlers, accounting for two dismissals. Nicole Bolton, Taneale Peschel and Heather Graham picked a wicket apiece.

Hobart Hurricanes Cricket
Get the latest updates on IPL Auction 2023 and check out  IPL 2023 and Live Cricket Score. Like us on Facebook or follow us on Twitter for more sports updates. You can also download the NDTV Cricket app for Android or iOS.