Ranatunga said the island's cricket officials were to blame for the misconduct that saw Sri Lanka's skipper, coach and manager penalised during the second Test against the West Indies. 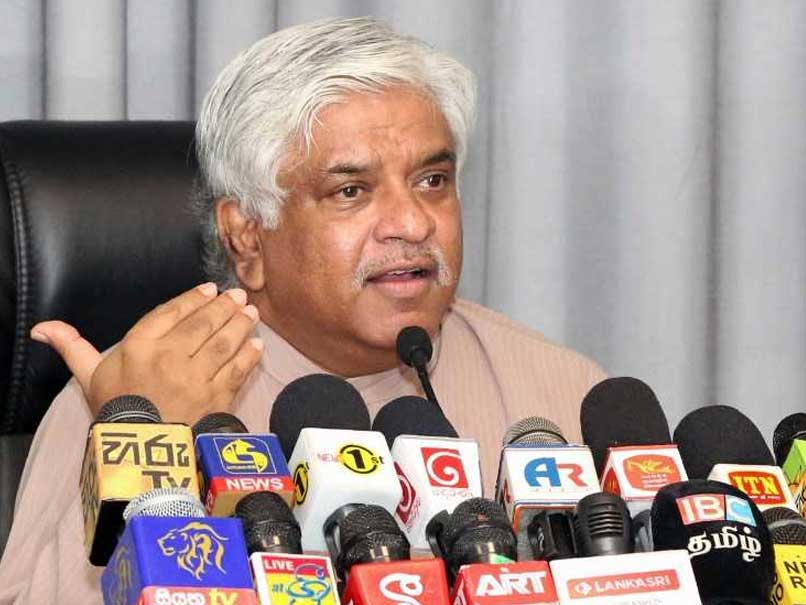 World Cup-winning captain Arjuna Ranatunga on Tuesday hit out at Sri Lanka Cricket accusing them of mishandling a ball-tampering scandal that saw national captain Dinesh Chandimal fined and banned for a match. Ranatunga, who has aspirations of heading the board, said the island's cricket officials were to blame for the misconduct that saw Sri Lanka's skipper, coach and manager penalised during the second Test against the West Indies. Chandimal was caught on camera applying a substance to the ball and was later found guilty of changing the condition of the ball. There were concerns that the Test match in St Lucia was in jeopardy when Chandimal refused to lead his team onto the field after he was informed of the charge, causing a two-hour delay.

Sri Lanka's coach Chandika Hathurusingha, manager Asanka Gurusingha and skipper were later charged with violating the spirit of the game over the protest.

"There is no one at the cricket board to advise the team," Ranatunga said.

"If they knew thatChandimalhad done something wrong, they should have worked out an amicable solution without escalating the problem."

Chandimal lost his appeal Friday against ball tampering and is out of the third and final Test currently underway in Barbados.

He was slapped with two suspension points and fined 100 per cent of his match fee for applying an artificial substance to the ball in violation of the ICC Code of Conduct during the 2nd Test.

The sport's global governing body is due to rule on possible further sanctions against Chandimal and the two officials on July 10.

Ranatunga, who in January 1999 held up play for 12 minutes during a Test match against England during an altercation with an umpire, said the two scenarios were not comparable.

He led Sri Lanka to World Cup victory in 1996. More recently, he has set his sights on winning a seat on Sri Lanka's cricket board but he failed to secure a berth two years ago.

The board lurched from one controversy to the next in recent years, with allegations of match-fixing and corruption compounding the team's worst streak on record.

Dinesh Chandimal Arjuna Ranatunga Cricket
Get the latest updates on Olympics 2020, Olympics 2020 Medal Tally, Live Cricket Score . Like us on Facebook or follow us on Twitter for more sports updates. You can also download the NDTV Cricket app for Android or iOS.