Jason Holder, who picked seven wickets including a haul of six for 42 in the first innings, is now on a career-best 862 rating points, the best for any West Indies bowler since Courtney Walsh's tally of 866 in August 2000. 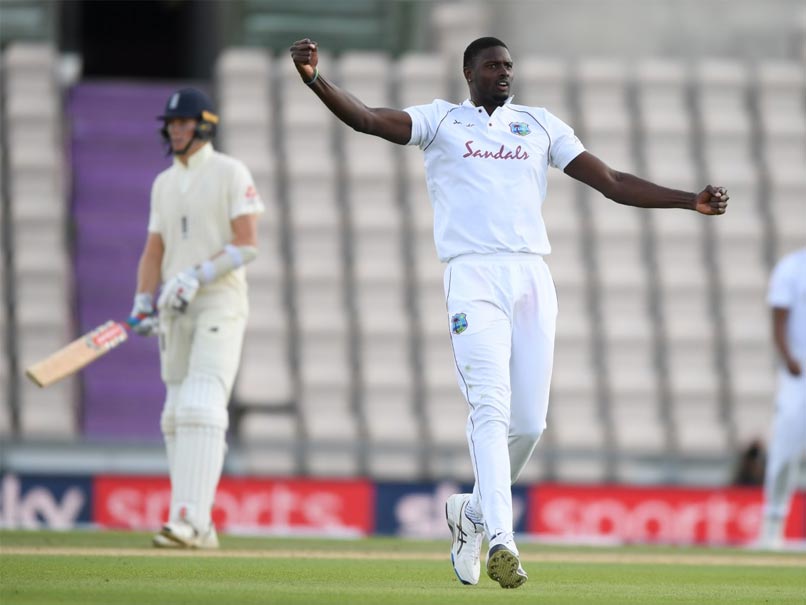 Jason Holder on Tuesday attained the highest rating points by any West Indies bowler in 20 years, reaching a career-best second place in the ICC Test Player Rankings after leading his team to a famous win over England at Southampton. Holder, who picked seven wickets including a haul of six for 42 in the first innings, is now on a career-best 862 rating points, the best for any West Indies bowler since Courtney Walsh's tally of 866 in August 2000. Indian cricketers, who have not taken the field since March due to the COVID-19 pandemic, have retained their positions in the top-10 of batsmen and bowlers rankings.

Skipper Virat Kohli remains second in the batsmen standings behind Steve Smith while Cheteshwar Pujara and Ajinkya Rahane remain seventh and ninth respectively. Jasprit Bumrah is the only Indian bowler in the top-10 at seventh spot.

Holder retained 35th position among batsmen after the first Test and has also reached a career-best tally of 485 points at the top of the all-rounders' list.

The competition at the top promises to gain momentum as number-two Ben Stokes has also made huge gains to attain a career-best tally of 431 points, narrowing the lead from 66 to 54 points.

Stokes, leading the side in the absence of Joe Root, has equalled his career-high ninth position among batsmen that he achieved last November, after scores of 43 and 46 at the Ageas Bowl.

He is now only one place behind Root. Stokes has also risen three places in the bowlers' list to 23rd position with six wickets in the match.

Other England players to move up the rankings include left-handed opener Rory Burns, who is in the top 30 for the first time after scores of 30 and 42, while middle-order batsman Zak Crawley is in the top 100 after accumulating 86 runs in the match.

For the visiting side, Shannon Gabriel has gained 46 points to reach a tally of 726 with a player-of-the-match effort of nine wickets, but risen only one place to 18th owing to the wide gap between him and Ravindra Jadeja (722) before the match.

Jermaine Blackwood's superb second-innings knock of 95 has helped him advance 14 slots to 58th position among batsmen while Shane Dowrich is at a career-best 37th position after scores of 61 and 20.

Jason Holder Cricket
Get the latest updates on SA vs IND 2021-22, check out the Schedule and Live Score . Like us on Facebook or follow us on Twitter for more sports updates. You can also download the NDTV Cricket app for Android or iOS.