Three years ago Shai Hope scored centuries in both the innings of a Test match against England as his side recorded a stunning five-wicket win at Headingley. 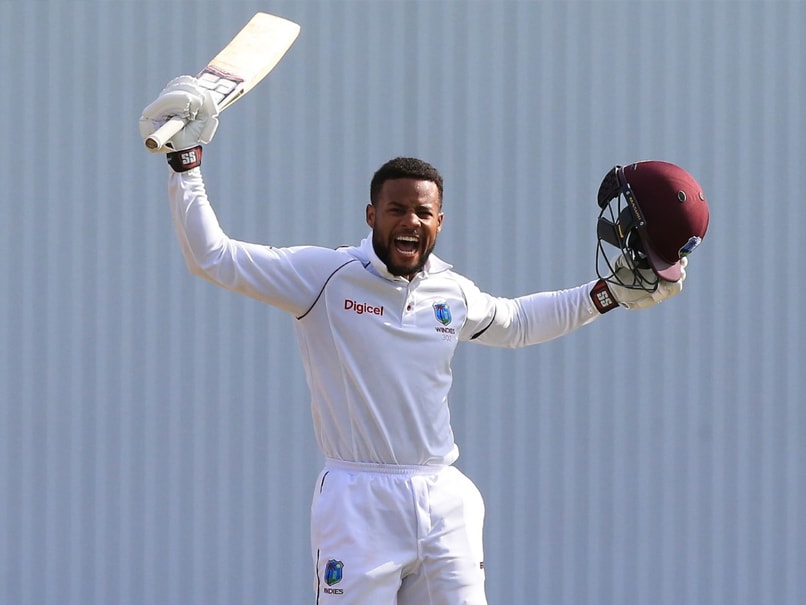 In 2017, Shai Hope became the first batsman to score two hundreds in a first-class match at Headingley.© AFP

West Indies batsman Shai Hope is aiming to achieve a "turnaround" in his Test career now he is back in England, the scene of his greatest triumph in the five-day format. Three years ago Hope became the first batsman to score two hundreds in a first-class match at Headingley as his side recorded a stunning five-wicket win over the hosts in the second Test. Yet those remain his only two centuries in 31 Tests, with Hope averaging a modest 27.23.

That contrasts with an impressive average of 52.20 from 78 one-day internationals, suggesting he is no flash in the pan, and he is eager to boost his Test figures during next month's three-match series in England.

"You're going to be hard on yourself, especially when you know that you can get something done and it's not really portraying on your stats card," said Hope in a conference call Tuesday from Old Trafford.

The Manchester ground is the venue for the second and third Tests of a series to be held behind closed doors, which starts in Southampton on July 8.

"I just have to continue believing in myself and back my ability because I know I can get it done," he said.

"The key is to make sure that I make use of these opportunities and do whatever I can to make the team win."

The 26-year-old Hope, who said "red ball is my favourite part of the game," struggled to explain the difference between his Test and one-day records.

"It's probably more of a mental thing," he said. "You just get out more in Test cricket, it seems. Hopefully I can turn it around in this series and move on from there."

West Indieslost the 2017 series 2-1 but they hold the Wisden Trophy after beating England by the same scoreline in the Caribbean last year.

If they are to keep it however, they are going to need to give their impressive pace attack runs to play with.

And the pressure on batsmen such as Hope and Kraigg Brathwaite to deliver will be even greater after Darren Bravo and Shimron Hetmyer declined to tour during the coronavirus pandemic.

"We're missing a few key players so it's very important for us as top-order batters to get those runs on the board, especially in the first part of the game," Hope said.

"As soon as you get those starts, you've got to make sure you capitalise and go big for the side."

Old Trafford, Manchester Cricket
Get the latest updates on SA vs IND 2021-22, check out the Schedule and Live Score . Like us on Facebook or follow us on Twitter for more sports updates. You can also download the NDTV Cricket app for Android or iOS.