Sheldon Cottrell managed to send the ball to second slip in an amazing delivery. 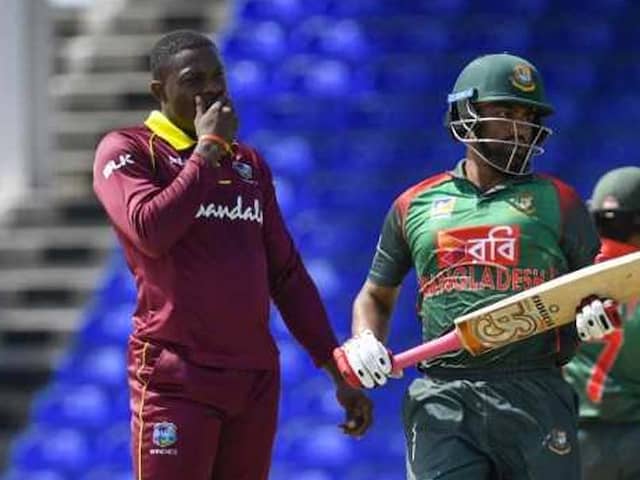 Following the incident, Cottrell apologised to his teammates and returned to action.© AFP

West Indies pacer Sheldon Cottrell on Wednesday dished out what could possibly be regarded as the worst delivery of all time in the cricket history. The incident took place during the third One-day International (ODI) between the West Indies and Bangladesh at Warner Park in St Kitts when a delivery from Cottrell went directly towards the second slip. The umpire immediately called it a no-ball.

Following the incident, Cottrell apologised to his teammates and returned to action.

Cottrell bowled 9 overs in the match and claimed one wicket, conceding 59 runs at an economy of 6.55. The West Indies lost the match by 18 runs.

The West Indies kicked off their Test series on a high. They won both the Tests to whitewash Bangladesh 2-0.

They lost the opening ODI of the three-match series but bounced back to win the second match.

Chris Gayle's 73 off 66 and an unbeaten 74 off 41 from Rovman Powell went in vain as the West Indies lost the third ODI and the series 1-2.

The West Indies will have a chance to pocket the T20I series when they meet Bangladesh at the Central Broward Regional Park Stadium Turf Ground in Lauderhill on Saturday.

Sheldon Cottrell Cricket
Get the latest Cricket news, check out the India cricket schedule, Cricket live score . Like us on Facebook or follow us on Twitter for more sports updates. You can also download the NDTV Cricket app for Android or iOS.