The Windies had won the second ODI of the three-match series after losing the opener. 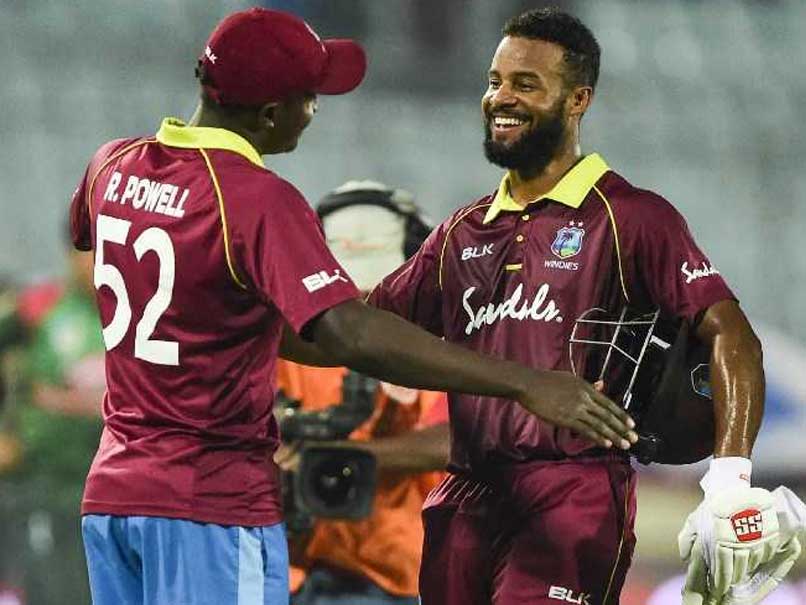 Windies' Shai Hope had remained unbeaten on 146 in the second ODI against Bangladesh.© AFP

The Windies captain Rovman Powell said on Thursday that his men were "upbeat and confident" of clinching the deciding one-day international against Bangladesh and sealing their first series win in four years. The touring side won Tuesday's match in Dhaka by four wickets after losing the opener, levelling the three-match contest 1-1 and setting the stage for a series decider in Sylhet on Friday. The Caribbean side last won an ODI series in 2014 at home against Bangladesh and are desperate to end the drought.

Since then, they have capitulated in 11 series, managing their best result with a draw against minnows Afghanistan last year.

"It is on the tip of everyone's tongue. Windies haven't won an ODI series for quite some time. This is a grand opportunity to change it," Powell told reporters in Sylhet on Thursday.

"The guys are upbeat and confident of doing it tomorrow."

They came close to defeating Bangladesh in July on home soil, suffering a 2-1 loss. In October, they went down to India 3-1.

A win would remove some sting from Windies' humiliating drubbing by Bangladesh in the Test series in November and December when the home side wrapped up both matches inside three days.

Powell said his side had to improve on their winning flair displayed in the second ODI.

Opener Shai Hope hit a career-best 146 off 144 balls not out, as Windies toppled Bangladesh's 255-7 with two balls in hand to complete their first win in the tour.

"We have to work on all three aspects of the game. One game doesn't change the fact that we are still not batting as well as a team. We still need to work on our bowling and fielding," Powell said.

Pace bowler Oshane Thomas worked up some lively pace to leave Bangladeshi batsmen unsettled in both the games.

"Bangladeshis don't like fast bowling. We are definitely looking to exploit it. Hopefully tomorrow we can do that," Powell said.

"In both the matches, his economy rate was close to six. So there is no issue. If they think he is their best bowler we are relaxed," said Mashrafe.

This will be first ever ODI hosted in Sylhet, in Bangladesh's northeast. The ground has hosted seven Twenty20 internationals and a Test.

The Windies will wrap up their tour of Bangladesh with three Twenty20 Internationals.

Bangladesh Cricket Team Shai Hope Rovman Powell Cricket
Get the latest updates on ICC Women's Cricket World Cup 2022 and IPL 2022, check out the Schedule , Live Score and IPL Points Table. Like us on Facebook or follow us on Twitter for more sports updates. You can also download the NDTV Cricket app for Android or iOS.