The incident happened on day one of the ongoing Duleep Trophy final between India Red and India Blue. 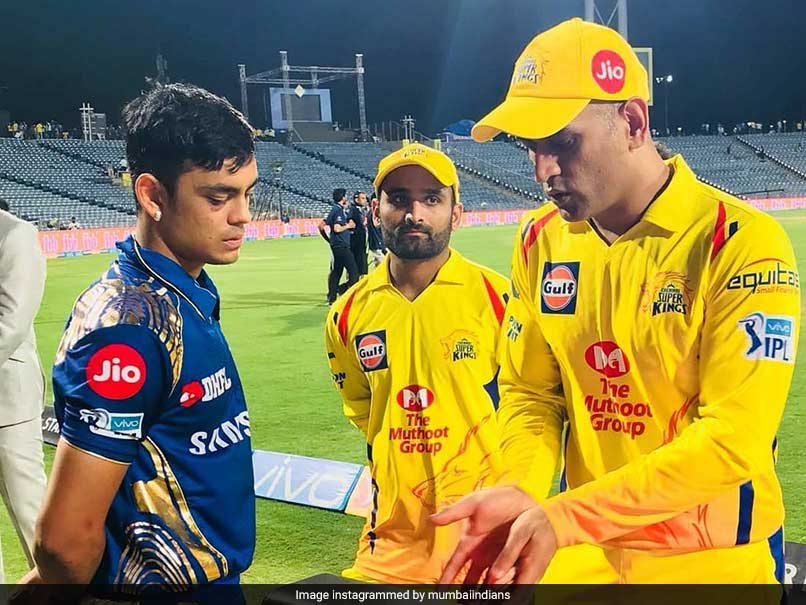 MS Dhoni, aged 37, might be in the twilight years of his international career but the feats achieved by him on the cricket field have been and will be a difficult task for many to replicate. Apart from being the greatest finishers of the modern era, Dhoni's heroics behind the stumps have been an inspiration for many, including the upcoming generation of Indian cricketers, who have often tried to emulate the legend. Going by the book of MS Dhoni, upcoming talent Ishan Kishan on Tuesday, pulled off one of MS Dhoni's classics while keeping for India Red. In the ongoing Duleep Trophy final, Ishan replicated Dhoni-style run out reminding many of one of India's most successful wicket-keepers of all time.

On Day one of the final between India Red and India Blue, Ishan, emulating his idol, tried Dhoni's signature move to run out the opposition batsman. Although the batsman made the ground comfortably in the end but Ishan's antics grabbed the attention of many. The Board of Control for Cricket in India (BCCI) too shared the video with the caption "That Moment when @ishankishan51 tried to pull off an @msdhoni."

Duleep Trophy Final: That Moment when @ishankishan51 tried to pull off an @msdhoni pic.twitter.com/cMDgY7q4sA

Ishan, who like many upcoming wicket-keepers idolises Dhoni, has often been seen taking advice from the legend. During the Indian Premier League (IPL) matches as well, Ishan, on numerous occasions, was seen discussing cricket with the 37-year-old.

Twenty-year-old Ishan, who is a part of the ongoing Duleep Trophy 2018 final, has played 32 first class matches so far. With a batting average of over 41, Ishan has four hundreds and 11 half-centuries in 55 innings. Behind the stumps, he has 58 catches and 9 stumpings to his name.

In IPL, the Patna born cricketer currently represents Mumbai Indians. The stylish left-hander scored 275 runs in the 2018 edition of the tournament with a strike-rate of over 149.

Prior to the ongoing Duleep Trophy, Kishan recently played in the quadrangular series featuring India "A", "B", Australia "A" and South Africa "A".

MS Dhoni Ishan Kishan Indian Premier League 2018
Get the latest updates on IPL Auction 2023 and check out  IPL 2023 and Live Cricket Score. Like us on Facebook or follow us on Twitter for more sports updates. You can also download the NDTV Cricket app for Android or iOS.