Sundar, who hit his maiden first-class ton against Tripura, said that he took the (Yo-Yo) test in Bengaluru but did not get to know about the result the same day nor was there any observation from those at NCA. 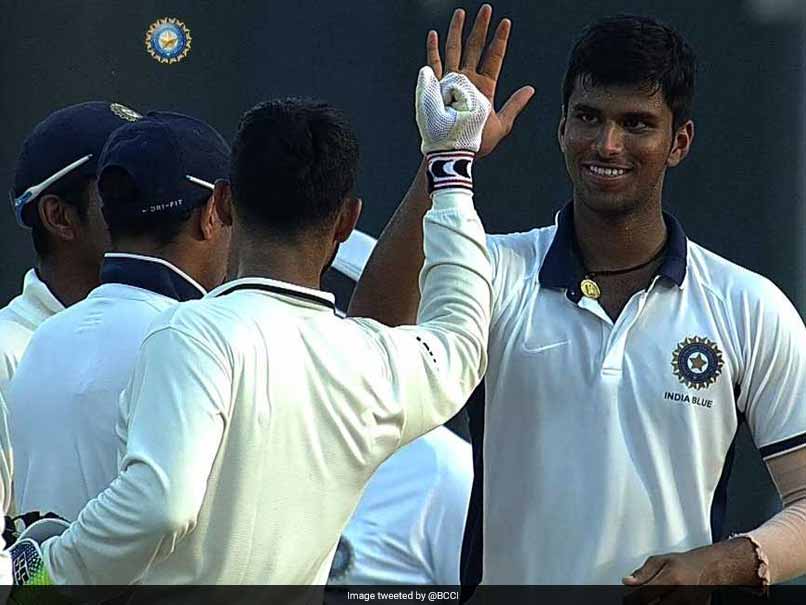 Young Tamil Nadu all-rounder MS Washington Sundar, who has impressed in recent times but had failed the Yo-Yo test, said he was hopeful of clearing it in future. Sundar, who shone in this year's IPL for Rising Pune Supergiant and recently picked up a 11-wicket haul in the Duleep Trophy final, had failed the Yo-Yo test at the National Cricket Academy in Bengaluru. Sundar, who hit his maiden first-class ton told reporters at the end of the second day's play in the Ranji Trophy Group C match against Tripura that he took the (Yo-Yo) test in Bengaluru, but did not get to know about the result the same day nor was there any observation from those at NCA.

"There was no observation as such. I just went there and did the Yo-Yo test. The next day I came back home and I woke up and saw in newspapers that Washington flunked the fitness tests. Nobody spoke to me. I got to know the results later and did not get to know there on the same day from them," he said.

Asked if there were any inputs or directives from NCA, Sundar said "If they call me for a test, I will definitely go. I hope they will call me. Hopefully I clear the test in the future."

The left-hander, who led Tamil Nadu to 332 for 2 with a splendid knock of 156 not out after Tripura had been dismissed for 258, said he was happy to get the chance to open and make it count.

"Obviously, it feels good for any youngster to score a hundred. I got an opportunity to open the innings today and I really wanted to make use of the opportunity and I'm glad," he said.

Though he got to don the opener's role owing to Murali Vijay's absence due to a neck spasm, Sundar said he was ready to play at any slot.

"Yeah, I think I'm an opening batsman and I enjoy opening the innings wherever I play. But wherever the team wants me to play, I should be ready and should be good enough to contribute in whatever role I may be given.

Asked if he was disappointed that he didn't get more opportunties as a bowler in the previous match against Andhra Pradesh, Sundar said, "Not at all. Because I know Ashwin. I know he is the No.1 Test bowler or allrounder. So it is definitely important for me to understand those things as well. It's easy to get frustrated or anything. But I wasn't even disappointed or upset.

On whether he would have to relinquish the opening slot once Vijay is back, the left-hander said, "I'm definitely ready for that. Whatever the team needs, I should be able to do that. That's what is needed from a youngster like me."