Waqar Younis advised the pair to be "sensible" and asked them to "calm down" in an online chat show. 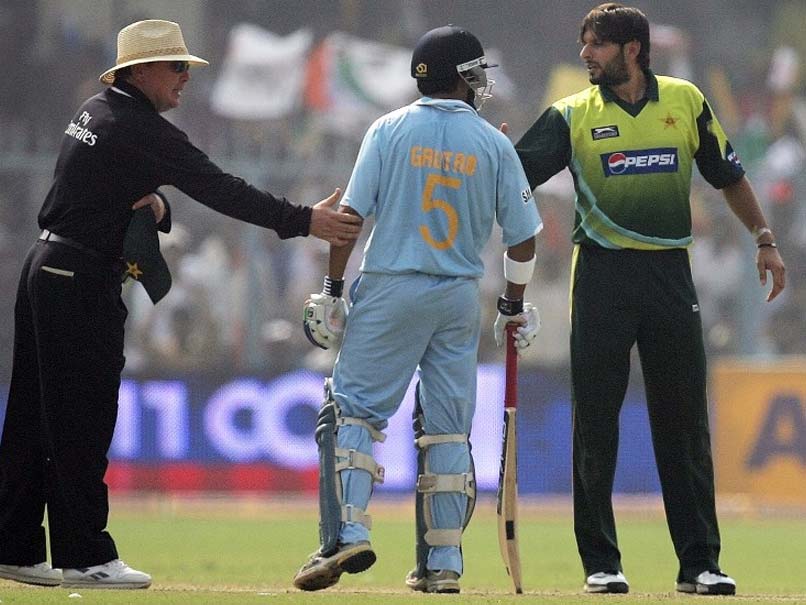 Former Pakistan star Waqar Younis has called on Shahid Afridi and Gautam Gambhir to end their social media war, and for India and Pakistan to resume playing cricket. After being fierce on-field rivals, Pakistan's Afridi and former India opener Gambhir have become involved in heated social media exchanges. Waqar Younis advised the pair to "calm down" in an online chat show. "The banter between Gautam Gambhir and Shahid Afridi has been going on for a while now. I think they both got to be smart, sensible, and calm down," said Waqar.

"It has been going on for way too long. My advice to them is to maybe catch up somewhere around the world and talk it out if you cannot really calm it down."

India and Pakistan have not played a bilateral series since 2012-2013.

Waqar, 48, said a cricket series would boost relations between the two countries.

"I think that it would be the biggest hit of the world," said Waqar.

"I think Pakistan (and) India should play, and should play on a regular basis to avoid depriving cricket lovers."

Waqar feels that an India-Pakistan bilateral series will take place in the near future but is unsure about where it will be held.