VVS Laxman Tried To Stop Him From Taking Off Shirt At Lord's, Recalls Sourav Ganguly 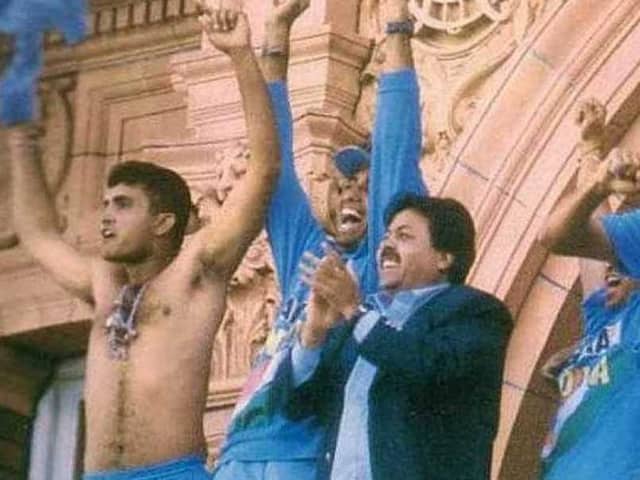 VVS Laxman had tried to stop Sourav Ganguly from taking off his jersey.© BCCI

VVS Laxman had tried to stop Sourav Ganguly from taking off his jersey in the now-famous move on the Lord's balcony after India's NatWest Trophy win in 2002. Laxman said "na kar" (don't do it) while holding his jersey, Ganguly recalled in the latest episode of the Breakfast with Champions series. "I was standing on the right side. VVS Laxman was on my left and Harbhajan Singh was behind my back. So, as I was removing my T-shirt, VVS tried to tell me, 'Don't do it, don't do it!' After I removed my shirt, he asked, 'What do I do now?' And I said, 'You also remove your shirt," Ganguly said.

Ganguly, who has 11,363 runs to his name in One-Day Internationals (ODIs) at an average of 41.02 also said the India cricket team during that phase was a mix of pranksters and calm headed, serious players. "The team had a mixture, like I was there, then Bhajju (Harbhajan Singh), Zaheer (Khan), Viru (Virender Sehwag), Yuvraj Singh we were from North region of India.... then there were Rahul Dravid and VVS Laxman who would clean the table and sit, so we had a good mixture in the team," the 46-year-old said.

Ganguly also said that watching Andrew Flintoff do the shirtless celebration at Wankhede Stadium in Mumbai earlier in the year was the motivation for him to take the similar steps after registering a series victory in England.

"The idea came to my mind just at the moment. I remembered how Andrew Flintoff took off his shirt at Wankhede to celebrate a 3-3 series draw before, and I just thought why not do the same at Lord's," Ganguly said.

However, Ganguly said that he feels a little embarrassed these days when daughter Sana asks him if it is mandatory in cricket to make a shirtless move.

"But I am also embarrassed about the incident. My daughter once asked, 'Why did you do that? Is it necessary to do that in cricket?' And I had to tell her that 'No, I did it once by mistake'. Somethings things happen in life in which you do not have any control," Ganguly said.

Harbhajan Singh Cricket
Get the latest Cricket news, check out the India cricket schedule, Cricket live score . Like us on Facebook or follow us on Twitter for more sports updates. You can also download the NDTV Cricket app for Android or iOS.