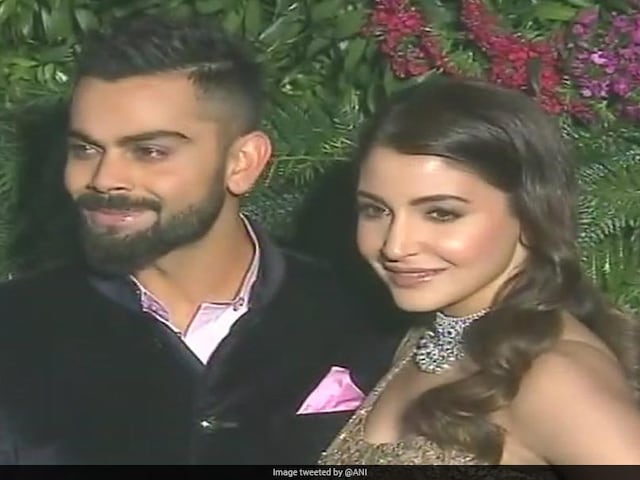 India's premier spinner Ravichandran Ashwin, Jaidev Unadkat and Cheteshwar Pujara made their entries and posed for the shutterbugs.

Former India swashbuckling batsman Virender Sehwag made his entry in a grey suit.

Former India captain Sunil Gavaskar came to attend the function with his wife.

India's badminton star and London Olympic bronze medallist Saina Nehwal was also present at the wedding reception of the Kohli and Anushka.

Kohli's mother Saroj Kohli, brother and other family members also posed for the shutterbugs at the reception ceremony in Mumbai.

The couple got married in Italy on December 11 in a private ceremony attended by close friends and relatives. After their brief honeymoon in Europe, Virat and Anushka landed in New Delhi to host their first wedding reception on December 21.