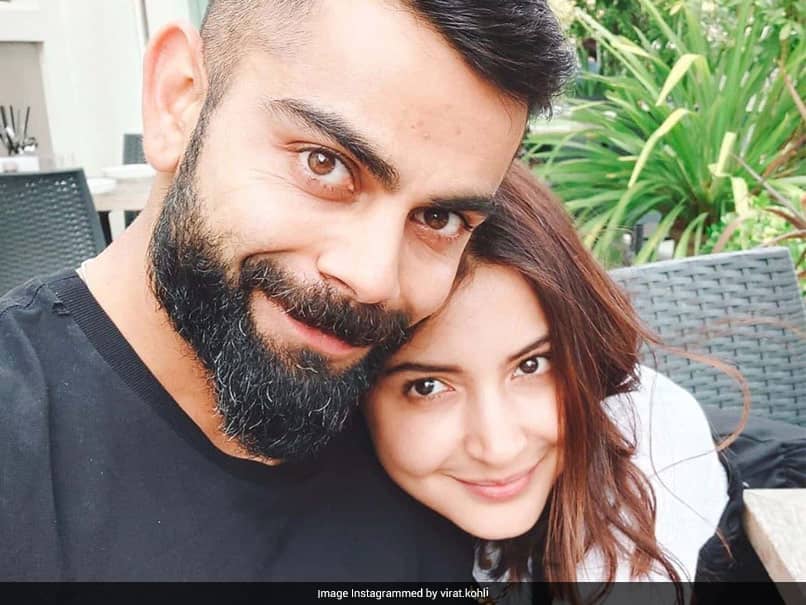 Virat Kohli caught up with his Royal Challengers Bangalore (RCB) teammate AB de Villiers during an Instagram Live session on Friday. While the duo enthralled their fans by showing their camaraderie, it was the Indian captain's wife Anushka Sharma who stole the show by lending a helping hand to Virat Kohli during his interaction with the South African star. While Virat Kohli was talking to AB de Villiers, Anushka Sharma walked in to the room and turned on the lights. Acknowledging her gesture, the RCB skipper said, "thanks my love".

Thanks My Love ....says #ViratKohli as #AnushkaSharma switches on the lights during his chat with #ABDvilliers #friday #StayHomeStaySafe #india

"Thanks My Love ....says #ViratKohli as #AnushkaSharma switches on the lights during his chat with #ABDvilliers
#friday #StayHomeStaySafe #india," he captioned the video.

During their chat, the duo requested their fans to be positive during this tough time and agreed to put the bats, jerseys and gloves from a memorable game for auction in bid to help people in India and South Africa in the fight against the coronavirus pandemic.

The auctioned bats and jerseys are from a 2016 Indian Premier League (IPL) game between RCB and Gujarat Lions.

In that match, Virat Kohli and AB de Villiers both scored a century and put on a 229-run stand for the second wicket.

"In 2016 IPL match against Gujarat Lions, we both scored centuries, it was a good partnership, it was an enjoyable one, I got 120 odd and you got your hundred towards the end, it was the Green game, we did our bit for creating awareness about the environment," De Villiers said.

"The plan now is to get our kits to go for an online auction, the green kits would go for auction, people can go and bid and all the proceeds will go the COVID-19 fund and it is a cause which will provide food to the maximum number of people," De Villiers added.