Virat Kohli has a phenomenal record during run-chases and has scored more ODI centuries while chasing targets for the Indian team. 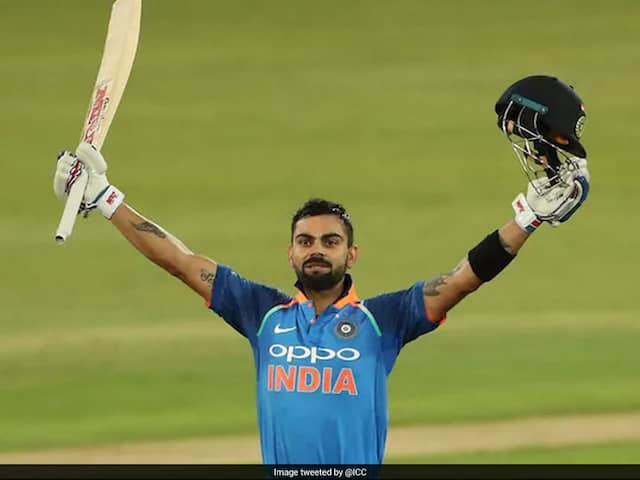 Virat Kohli has an impeccable record while chasing targets for his side.© Twitter

India skipper Virat Kohli on Monday gave a peek into his mindset whenever he goes out to bat while chasing targets for his side. Kohli was doing a Facebook live chat with Bangladesh opening batsman Tamim Iqbal where he was asked to talk about his mindset during run chases. "When it comes to chasing targets, my mental state is simple -- if someone says something to me from the opposition side, then I get more motivated. When I was younger, I used to watch matches on television. If India did not end up winning the match while chasing targets, I used to think if I was there, I would have won the match," Kohli said.

"Chasing is a situation where you know how many runs you have to score. For me winning is important. While chasing I think I can walk out not out. At that time I think I can make the team win. If the target is 370/380, I never feel like that it cannot be done," he added.

The 31-year-old Kohli also described how he set up the chase against Sri Lanka in Hobart when India had to chase 330 odd runs in 40 overs to qualify for the finals.

"There was a game in Hobart against Sri Lanka, where we had to chase 330 odd in 40 overs to qualify for the finals. I discussed with Raina that we will set up the chase as if we are playing two T20 matches," Kohli said.

The Indian skipper has an impeccable record while chasing targets for his side.

He has scored more ODI centuries when India is chasing targets in the match and he enjoys an outstanding average during run-chases.

Over the years, the comparisons between Kohli and Sachin Tendulkar have kept growing and many have picked the current Indian skipper to break the records set by Tendulkar.

Tendulkar called time on his career after registering 100 international centuries, while Kohli has 70 hundreds across all formats.

Currently, Kohli is the NO. 1 ranked batsman in the ICC ODI rankings while holds the second spot in Tests rankings.

Tamim Iqbal Cricket
Get the latest Cricket news, check out the India cricket schedule, Cricket live score . Like us on Facebook or follow us on Twitter for more sports updates. You can also download the NDTV Cricket app for Android or iOS.