Virat Kohli's physical transformation from a chubby player to a fitness freak is there for all to see. 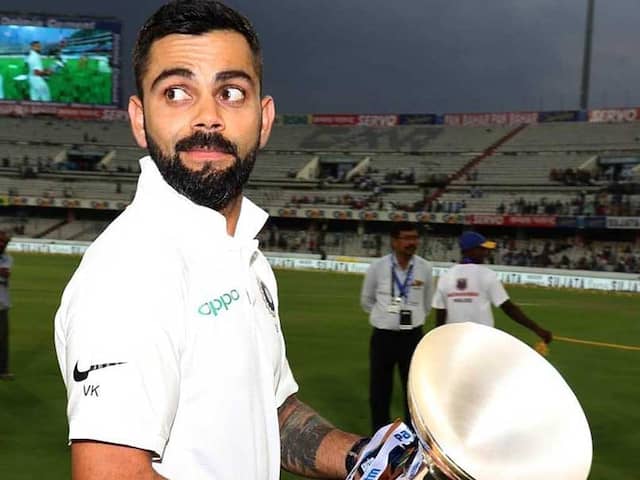 Indian cricket captain Virat Kohli is a fitness enthusiast and feels anything is possible if one keeps on believing in themselves. Virat Kohli's physical transformation from a chubby player to a fitness freak is there for all to see. From amassing big runs to successfully leading the Indian cricket team, Virat Kohli is doing things that have left people and fans in awe of the cricketer. The 29-year-old continues to set the standards not just with the bat but also when it comes to physical fitness. In his latest post on his official Twitter account, Virat Kohli shared a throwback image of his previous chubby self and the present fit self. "With focus and hard work, anything is possible. Keep working, keep believing. Have a super day everyone", he had captioned on Twitter.

With focus and hard work, anything is possible. Keep working, keep believing. Have a super day everyone. pic.twitter.com/x3a0ODbpeW

All-round India had outclassed the Windies by 10 wickets in three days in the second Test at the Rajiv Gandhi International Stadium in Hyderabad on Sunday. Team India, thus whitewashed the visitors 2-0. Openers Prithvi Shaw (33) and KL Rahul (33) remained unbeaten in the second innings to get the hosts over the line in 16.1 overs. It was a clinical performance from the Virat Kohli-led side as they continued their dominant run at home to register their 10th straight Test series win on
home soil.

Earlier, the Windies were bundled for 127 runs, courtesy a brilliant bowling effort from Umesh Yadav. The Indian pacer took four for 45 in the second innings to add to his 6 wickets in the first to complete a 10-wicket match haul in the final Test.