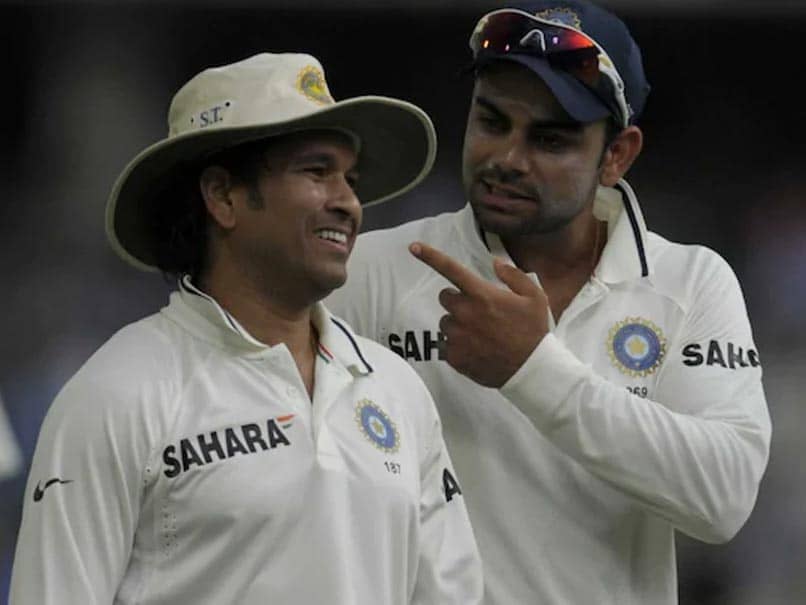 Sachin Tendulkar and Virat Kohli were among three Indians who found a place in Mike Hussey's XI.© AFP

Former Australian batsman Mike Hussey on Wednesday picked the Indian trio of swashbuckling former opener Virender Sehwag, the legendary Sachin Tendulkar and current skipper Virat Kohli in his 'Best Enemies XI' in Test cricket. Hussey, who played Test cricket for Australia from 2005 to 2013, picked the Best XI of opponents he has played against in Test cricket on "The Unplayable Podcast".

Hussey picked Tendulkar and Kohli to bat at number four and five respectively.

The Australian said it was difficult for him to leave out former Chennai Super Kings teammate MS Dhoni.

He justified his decision, stating that the dasher from Ranchi was pipped by Sangakkara based on the impact in the longest format of the game.

"I wrestled with this one between Kumar Sangakkara, MS Dhoni and AB de Villiers. But I think the latter two have got more impact in the shorter formats T20s and ODI."

Asked what it was like facing bowling legends like Glenn McGrath, Shane Warne and Brett Lee in the nets, the former middle-order batsman said the sessions were ruthless.

"That was real strength of the Australian team when I was playing," he added.

Hussey, was part of a dominant Australian side,and the southpaw, believes "high quality training" was the reason behind the team's success.

"Seeing the current team train now, the high quality training probably sets up apart from the other countries certainly the West Indies. Have seen a couple of their training session and they are much more relaxed."

"I think that has played an important part in Australia's success in the past."