"Every Cricketer In The World Wants To Play Under MS Dhoni", Says Mohit Sharma

Describing MS Dhoni's special quality, Mohit Sharma said the former India skipper always takes responsibility of a loss by attending media sessions himself, while sends the match-winner to attend whenever the team wins. 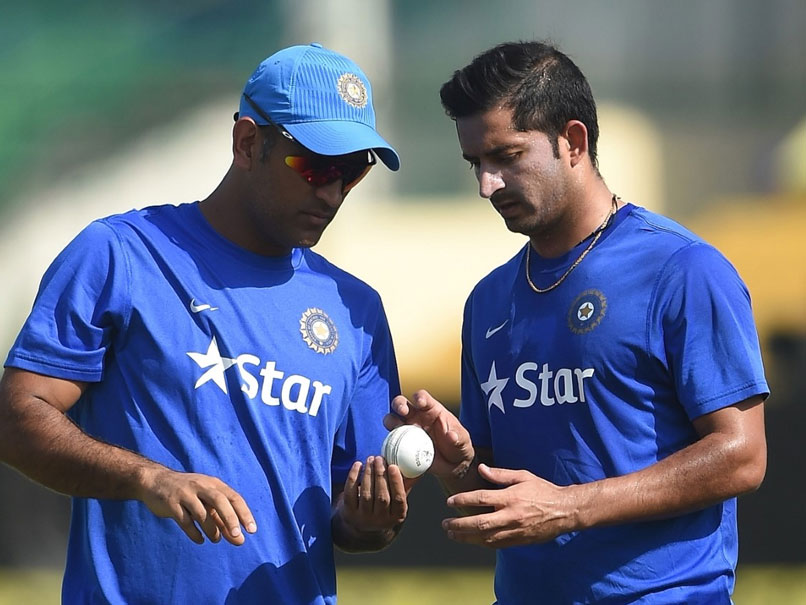 Fast bowler Mohit Sharma praised wicket-keeper batsman MS Dhoniand said that every cricketer in the world wants to play under the leadership of the former India skipper. Sharma has played quite a lot of cricket with MS Dhoni for the IPL franchise Chennai Super Kings(CSK). The 31-year-old pacer applauded Dhoni during an Instagram Live session on the official handle of Delhi Capitals.

"As a person, he (Dhoni) is a very nice human being, he is a simple person, I try to learn from him to the best manner possible, whenever you meet him, he will never make you uncomfortable, he has the quality of staying neutral at all times, I have played under him, every cricketer in the world wants to play under Dhoni," Sharma said.

Mohit Sharma was slated to play for Delhi Capitalsin the IPL this year, however, the tournament has been postponed indefinitely due to the coronavirus.

Thirty-eight-year-old Dhoni has been currently enjoying some time away from the game. He last played competitive cricket during the 2019 World Cup.

Dhoni had to face criticism for his slow batting approach during India's matches in the high-profile tournament.

Earlier this year, Dhoni did not find a place for himself in the BCCI's centrally contracted players list. The board had released the list of central contract list of players for the period from October 2019 to September 2020.

Dhoni is the only captain to win all major ICC trophies (50-over World Cup, T20 World Cup, and Champions Trophy). Under his leadership, India also managed to attain the number one ranking in Test cricket.

MS Dhoni Mohit Sharma Cricket
Get the latest updates on IPL 2021, check out the IPL 2021 Schedule and Indian Premier League Live Score . Like us on Facebook or follow us on Twitter for more sports updates. You can also download the NDTV Cricket app for Android or iOS.