Rohit Sharma said that anyone who wants to know about MS Dhoni should personally contact him. 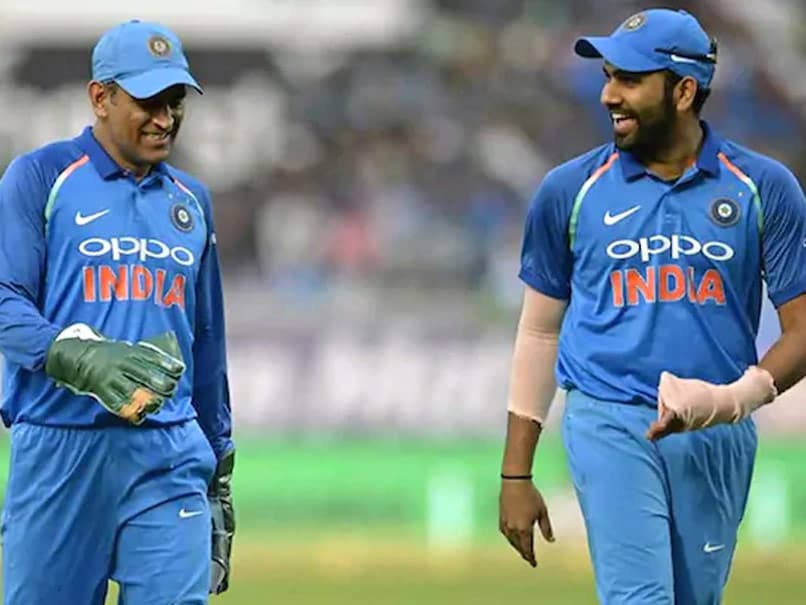 MS Dhoni last played for India at the 2019 World Cup in England.© AFP

India's limited-overs vice-captain Rohit Sharma says he has no idea "what's happening" with elusive former captain Mahendra Singh Dhoni, about whom he hasn't heard anything since India''s semifinal exit from the World Cup last year. With the IPL postponed indefinitely, the chances of an improbable India comeback look even bleaker for MS Dhoni, who has not played cricket for months now. During an Instagram chat with former India spinner Harbhajan Singh, Rohit said that he has "no news about Dhoni".

"We don't know what's happening with him. We haven't heard any news about him. The last match of the World Cup was in July. From there, till now we haven't heard anything, I have no idea," Rohit said during the live chat.

In his typical tongue-in-cheek manner, Rohit said that anyone who wants to know about Dhoni should personally contact him. "When MS Dhoni is not playing cricket, he goes out of radar. He goes underground. Whoever wants to know, you can directly go to him, you know he stays in Ranchi.

"You can't go now but after the lockdown, you take a car, bike or flight go to his place and ask him ''What are you going to do? Will you play or not?" he quipped.

Earlier India coach Ravi Shastri had said that IPL would have decided Dhoni's fate while legends like Sunil Gavaskar and Kapil Dev feel that it is difficult for him to make a comeback after such a long self-imposed exile.

Harbhajan Singh Cricket
Get the latest updates on T20 World Cup, check out the T20 World Cup Schedule and Live Score . Like us on Facebook or follow us on Twitter for more sports updates. You can also download the NDTV Cricket app for Android or iOS.