"Either It Should Rain Out Or Play The Full Game", Rain Interruptions Miff Virat Kohli

Virat Kohli said that the rain interruptions are never good as they may also lead to injuries to players. 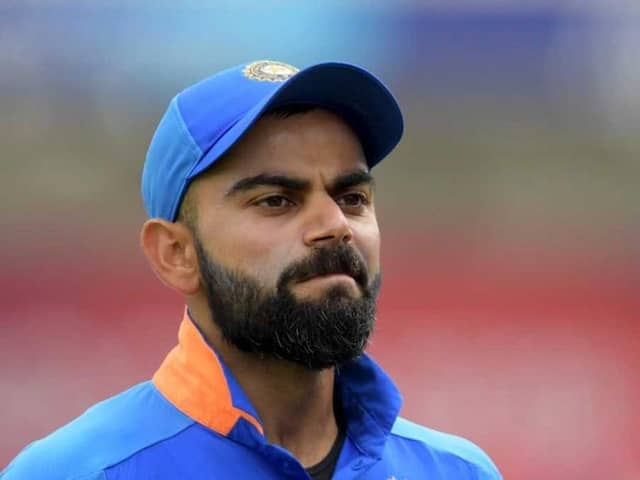 India skipper Virat Kohli was unhappy with the rain delays happened in the first One-day International (ODI) of the three-match series against the West Indies on Thursday. The ODI series opener between India and the West Indies began after a delay of 90 minutes and witnessed rain breaks twice before it was finally abandoned with the West Indies scoring 54 in 13 overs, losing the wicket of opener Chris Gayle. After the toss was delayed, the match was reduced to 43 overs a side game and then reduced further before being called off altogether.

Terming the rain delays as "worst part of cricket", Virat Kohli said at the post-match presentation that rain interruptions are never good as they may also lead to injuries to players.

"It's probably the worst part of cricket. A stop-start is never a good feeling. Either it should rain out or play the full game. he more stops you have, the more you want to be careful to ensure that the players don't injure themselves," Kohli said.

Speaking about the pitches in the West Indies, Virat said that some pitches pose great challenge on the lines of good pace and bounce while some of them are slow.

"A few of the pitches in the Caribbean can really test you. Some pitches might have good pace and bounce but some of them will be on the slower side and you need to be patient," Kohli said.

"The team that adapts well and plays better percentage cricket will benefit. Both teams will look to do that in the coming days," he added.

Virat Kohli put on his dancing shoes and showcased some of his moves on the field as the wet ground held up play. Not only did Virat Kohli enthrall fans with his dance moves but also made West Indian star Chris Gayle shake a leg.

India will lock horns with the West Indies in the 2nd ODI in Port of Spain on Sunday.

Virat Kohli West Indies vs India 2019 West Indies vs India, 1st ODI Cricket
Get the latest Cricket news, check out the India cricket schedule, Cricket live score . Like us on Facebook or follow us on Twitter for more sports updates. You can also download the NDTV Cricket app for Android or iOS.