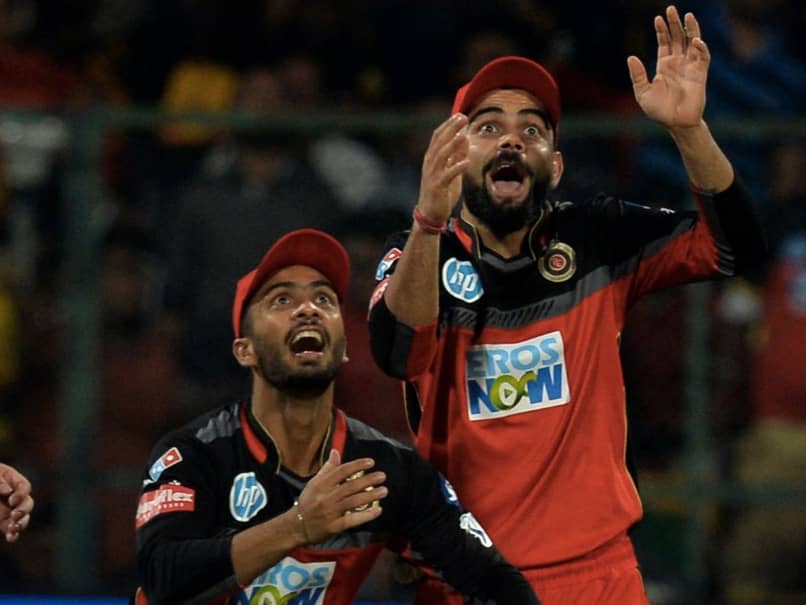 Virat Kohli and Mandeep Singh were teammates when the latter was at Royal Challengers Bangalore.© AFP

Mandeep Singh, who plays for Kings XI Punjab in the Indian Premier League (IPL), took to Instagram to share a video of him training at a ground in Punjab. While fans were impressed after watching the young batsman sweating it out on the ground, it was Virat Kohli's comment that left fans in splits. The India skipper while taking a cheeky dig at the batsman asked Mandeep Singh to lift his legs as he runs. "Oh lattan chakk ke daud sheraa," Virat Kohli left a comment on Mandeep Singh's Instagram post.

The 28-year-old batsman came with an amusing reply and said that he can only lift his legs while dancing, running seems a gruelling task. Virat Kohli and Mandeep Singh had a hilarious exchange of comments on the latter's Instagram video.
Photo Credit: Instagram

Mandeep Singh, who made his Twenty20 International debut four years back, has played only three games for the country in the shortest format so far.

In just his second international outing, the right-handed batsman scored an unbeaten 52 along with KL Rahul who remained not out on 47 and helped India chase down a below average total of 100 with over six overs to spare against Zimbabwe in 2016.

In the IPL, Mandeep Singh has played 97 matches and has scored 1,529 runs at an impressive strike rate of over 124.

Mandeep Singh Cricket
Get the latest updates on India vs England Series, India vs England , live score and IPL 2021 Auction . Like us on Facebook or follow us on Twitter for more sports updates. You can also download the NDTV Cricket app for Android or iOS.