Steve Smith Opens Up About Off-Field Equation With Virat Kohli

Steve Smith praised Virat Kohli's leadership and spoke about his off-field equation with the Indian skipper. 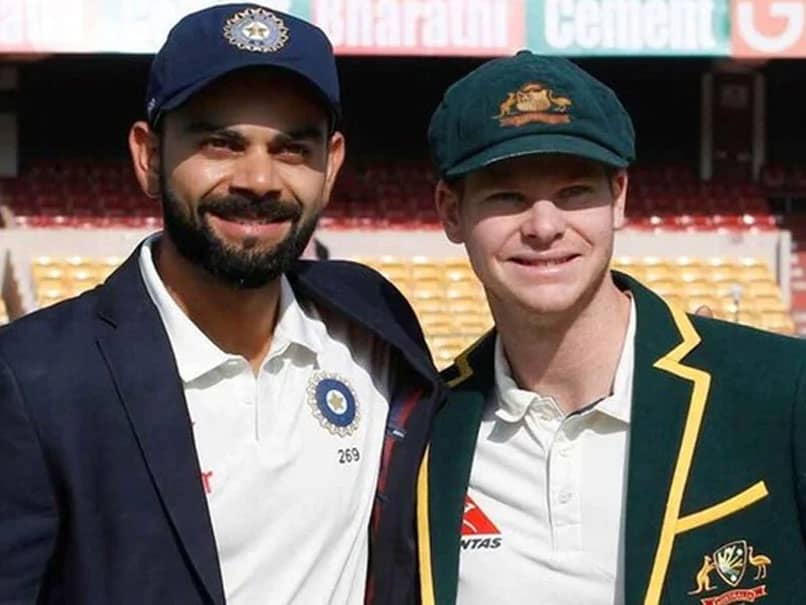 Virat Kohli and Steve Smith are the mainstays of their respective side's batting line-up.© AFP

Virat Kohli and Steve Smith are arguably two of the best batsmen of the modern generation. Both Virat Kohli and Steve Smith are the mainstays of their respective side's batting line-up and fans love to see them go against each other. While their on-field dynamism is something to marvel about, their off-field relationship is not many people are aware of. Speaking on a show, Smith opened up about his off-field equation with the Indian captain. Smith said he has had a few conversations with Kohli in recent times to get an idea of how India is dealing with the coronavirus.

"I had few conversations with him (Virat) off the field, few messages here and there in recent times just to see how things are going in India," Smith said on Star Sports' show Cricket Connected.

During the show, Smith was full of praise for the Indian skipper and recalled how he asked Indian fans to stop booing him and David Warner during their World Cup 2019 match.

What did you make of @imVkohli asking the crowd to applaud @stevesmith49 at the ICC #CWC19?

Catch the Aussie superstar himself talk about it and more on #CricketConnected! pic.twitter.com/kYhsX2vFBh

Kohli's wonderful gesture had received huge praise in the cricketing fraternity, with ICC deeming that wonderful moment  deserving of "Spirit of Cricket" award.

Revealing one similarity between himself and Kohli, Smith said that both of them like to "play hard out on the field" and do well for their respective sides.

"He is a terrific guy and we both play hard out on the field and play as well for our respective teams and its part of the game. Virat's gesture in the World Cup to the Indian fans that were giving Me (Smith) and David Warner little bit of a stick, I appreciated that and I share that with him straight up." said Smith, the No. 1 batsman in ICC Test rankings.

Smith also praised Kohli's exemplary leadership for the Indian team and said that he "can't wait to play them" when they tour Down Under for a four-Test series later this year.

"He is a terrific guy and the way he has lead the Indian Team has been amazing, they are amazing side and can't wait to play them when they come out to Australia this year will be something incredibly special," he added.