Virat Kohli had won the 'Spirit of Cricket' award for his gesture in England. 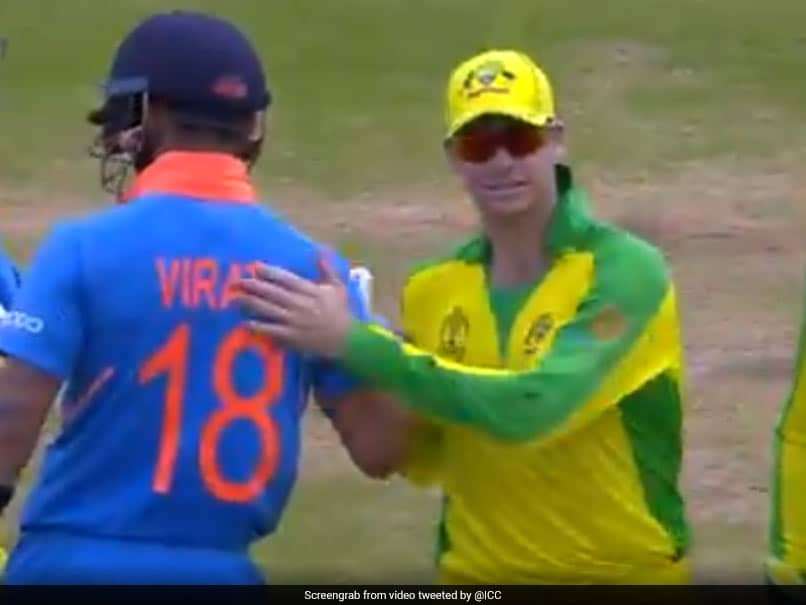 The incident unfolded during a World Cup match between India and Australia.© Twitter

Virat Kohli and Steve Smith give each other neck-to-neck competition in international cricket but have also shared many "wonderful moments" in the cricket field. The International Cricket Council took to Twitter to recall one such moment that took place on this day last year during the 2019 World Cup. "#OnThisDay last year, Virat Kohli and Steve Smith shared this wonderful moment in #CWC19 #SpiritOfCricket," the ICC captioned the throwback video on Twitter. The incident unfolded during a World Cup league stage encounter between India and Australia at The Oval.

During India's innings, Smith had received a lot of stick from the Indian fans who booed him while he was fielding on the boundary.

Kohli stepped in to silence the majority Indian crowd at The Oval, asking them to clap for the Australian instead.

"With India fans giving Steve Smith a tough time fielding in the deep, @imVkohli suggested they applaud the Australian instead. Absolute class," the ICC had tweeted back then.

In January, when asked about Kohli's gesture to ask fans to show him support during the World Cup, Smith said it was really nice of the India skipper.

"In the World Cup it was really nice of Virat to do what he did. He did not have to do that and yeah it was a lovely gesture and really appreciated that," he said.

While India crashed out of the World Cup after their semi-final loss to New Zealand, Kohli won the 'Spirit of Cricket' award for his gesture in England.