Virat Kohli "Has No Airs About Himself, Behaves As If He's Our Childhood Friend," Says Mohammed Shami

India pacer Mohammed Shami sounded hugely impressed by the fact that despite being the captain and leader of the side, Virat Kohli showcased no airs about himself. 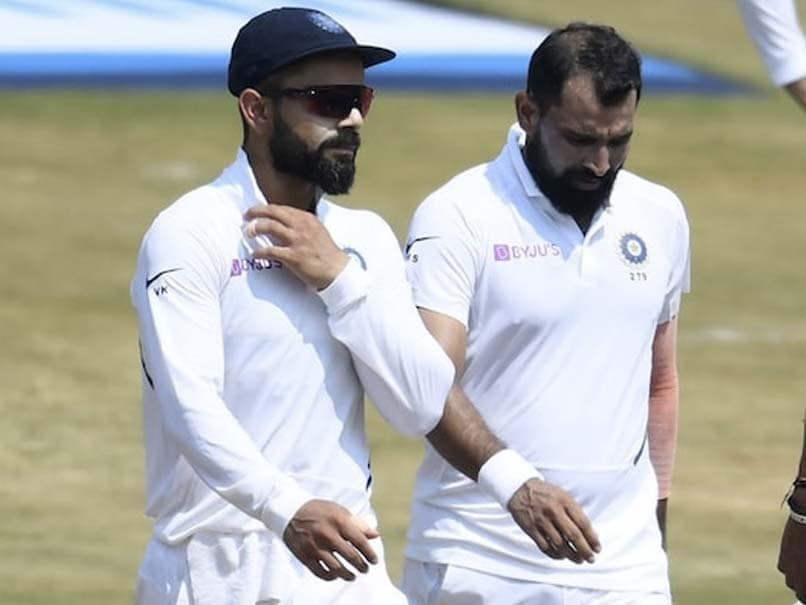 India pacer Mohammed Shami applauded captain Virat Kohli for his approachable nature and a down-to-earth personality. The right-arm fast bowler also highlighted Kohli's friendly behavior with his teammates, which was more like that of a childhood friend. Shami also praised Kohli's humble attitude which made it easier for bowlers to approach the captain without having second doubts. Speaking on a video posted by Cricbuzz, Shami said, "As far as our fast-bowling unit or I am concerned as an individual, he has never put any undue pressure on any of us. Usually, there's a doubt in a bowler's mind before he approaches his captain."

Shami sounded most impressed by the fact that despite being the captain and leader of the side, Kohli showcased no airs about himself.

"That has never been the case with Virat. He has no airs about himself. He jokes around with us, behaves as if he's our childhood friend," the pacer said.

According to Shami, the directness towards his teammates meant there was fun banter as well as aggressive discussions, but only in good spirits.

"This leads to a lot of fun on the ground too. Sometimes there's fun banter, sometimes we also end up saying aggressive things to each other, but we never mind it because it happens in the heat of the moment," Shami added.

The Indian Test squad was recently announced for the World Test Championship final scheduled to be played from June 18 in Southampton, England.

Shami is among the six pacers, Jasprit Bumrah, Ishant Sharma, Mohammed Siraj, Shardul Thakur, and Umesh Yadav to be selected for the inaugural WTC final, as well as the five-match Test series against England that will follow.