Mike Gatting, who is very much impressed by the India captain's batting prowess, applauded Virat Kohli's consistency in all formats of cricket. 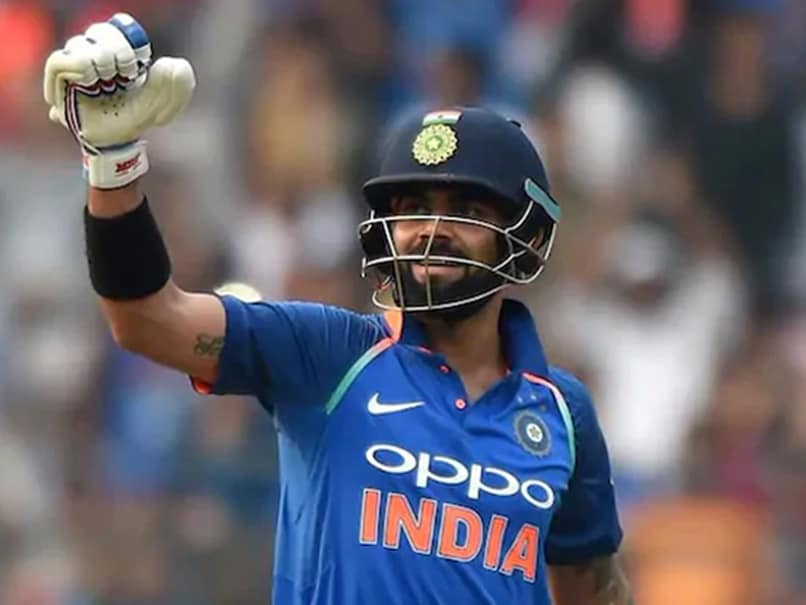 Virat Kohli had played a brilliant 59-run knock against the West Indies in the 3rd T20I.© AFP

Virat Kohli, owing to his top-class batsmanship in all formats of cricket, received word of praise from former England captain Mike Gatting on Thursday. Mike Gatting, who is very much impressed by the India captain, admitted that Virat Kohli deserves the tag of a great player on the lines of his consistency in all formats of cricket. Virat Kohli had played a brilliant 45-ball 59-run knock against the West Indies in the final T20I of the three-match series in Guyana on Tuesday.

"Yes, Kane Williamson is very good now. Yes, Steve Smith has reignited his career and his ability to play one-day cricket... but to see someone like Virat perform so regularly and so well in all three formats, he does deserve that tag of great (player) without a doubt," Gatting said.

Applauding Kohli, Gatting, whose side lost the 1987 World Cup final to Australia at Kolkata, said he deserved the tag of a great player following his consistency in all the three formats of the game.

"He (Kohli) has said Test cricket for him... if you have to be regarded as a great player, you have to play Test cricket. This is fantastic. The fact that he plays all forms of cricket with a greatness, that I don't think you see from a lot of other people and possibly might not," said Gatting.

Gatting was speaking after launching the book 'Fortune Turner', penned by Sachin Bajaj and Aditya Bhushan, at the Royal Bombay Yatch Club in Mumbai on Thursday.

The book is based on the famous Indian spin quartet of Bishan Singh Bedi, B Chandrasekhar, Erapalli Prasanna and S Venkatraghvan. Gatting also spoke on other subjects including the ongoing Ashes series which Australia lead 1-0.Former Mumbai spinner Padmakar Shivalkar was also present on the occasion.

Currently, India are playing ODI series against the West Indies.