Virat Kohli can instill "fear" in youngsters, is Jennings' observation and that's why a calm mentor is need of the hour. 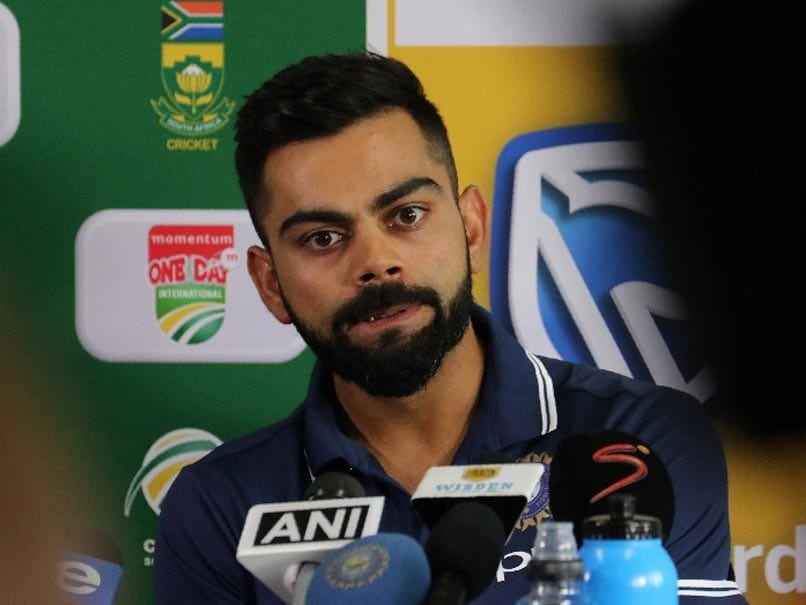 Virat Kohli worked under Ray Jennings at RCB in the IPL.© AFP

Former South Africa coach Ray Jennings feels that India captain Virat Kohli can be "intimidating in the dressing room" and it would be great if he gets a good guide, who can maximise his potential as a leader. Jennings has witnessed Kohli progress from his days as an U-19 cricketer as he was associated as a coach with Royal Challengers Bangalore.

"As captain, I think, he is still not at his best. The Indian cricket system has to feed off Virat Kohli. Going from MS Dhoni to Kohli has been a drastic change. Dhoni is so calm and Kohli is the complete opposite. He can be intimidating the dressing room and sometimes his teammates can wonder who Kohli really is," Jennings said.

Kohli can instill "fear" in youngsters, is Jennings' observation and that's why a calm mentor is need of the hour.

"There can be a fear factor in the dressing room and you don't want that with so many youngsters coming into the side.

Indian cricket, thus, has to find people who can help and influence Kohli into ways of improving and becoming an even better leader," Jennings said.

But Jennings insisted that Kohli will get better with age.

"With age, Kohli will get better and calm down a lot naturally. He will not be so aggressive and in your face all the time. But in certain situations, when things are not so calm or even just to take that fear factor away from the dressing room, who will teach Kohli to become a better version of himself?

"He is smart enough and passionate enough to want to change. He wants to be the best, and he does have skills to be the best player in the world, yet he needs some assistance," he added.

Kohli scored his 33rd ODI hundred in the first match at Durban and followed it up with 46 not out in the second match at Centurion.

He has scored 3 hundreds in his last 5 ODIs as well as finished the top run-getter in the three-Test series against South Africa.

"At this age, he already has 33 ODI hundreds and he is in touching distance of the best-ever seen in ODI cricket (Sachin Tendulkar). He has another 10 years left in him, atleast, so there's no reason why in 3-4 years he cannot get better and better.

"I think 32 is the best age for any batsman and he is yet to get there, so you can add a few more hundreds to that 33 mark," said Jennings, who has seen Kohli from the opposition coach during the 2008 U-19 World Cup.

"I was the coach of South Africa Under-19s when he led India to the Under-19 World Cup win (2008). From that time itself, I thought he was someone who stood out in his age group in terms of batting."

"In all my experience, he is the best player against spin that I have ever seen. Is he better than Sir Don Bradman? I don't know, but he is definitely amongst the top-two batsmen in the world at the moment," declared the veteran coach.

"People talk about his overseas record, but in the Test series, he outscored Hashim Amla, AB de Villiers and Faf Du Plessis in their home conditions," he added.

Comments
Topics mentioned in this article
India Cricket Team Virat Kohli Cricket
Get the latest updates on ICC T20 Worldcup 2022, check out the Schedule and Live Score. Like us on Facebook or follow us on Twitter for more sports updates. You can also download the NDTV Cricket app for Android or iOS.