Anushka Sharma took to Instagram to share the picture and and put the location as Gstaad, Switzerland. 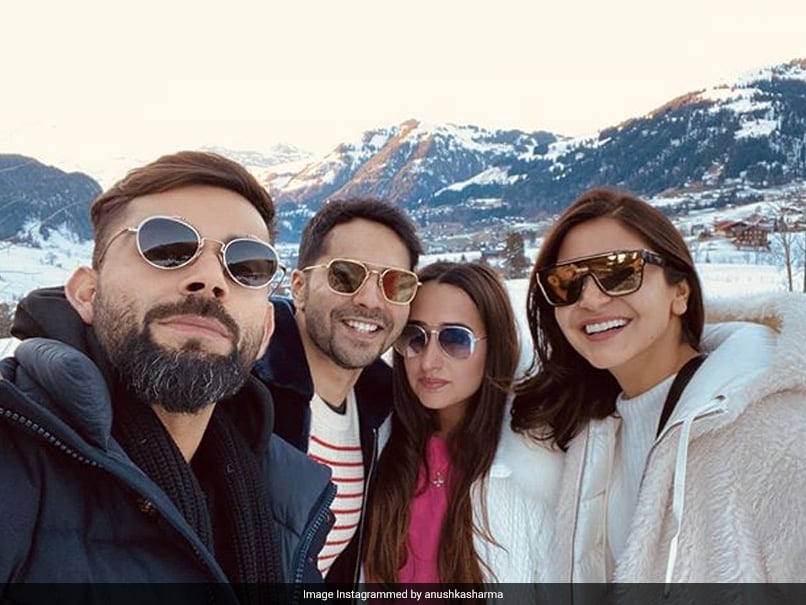 Virat Kohli and Anushka Sharma are in Switzerland and days after the Indian cricket team captain posted a picture with Anushka on a snow-covered mountain, it was Anushka Sharma who took to Instagram to post a picture with her husband. The image also included Bollywood actor Varun Dhawan and his girlfriend Natasha Dalal. "Hello frands @varundvn @natashadalal88," Anushka Sharma captioned the image. While Virat Kohli did not reveal the location the duo traveled to for holiday in his earlier post, Anushka revealed that the couple were in Gstaad, Switzerland. Varun Dhawan reshared the picture and called Virat and Anushka his "mountain ke dost".

Soon after the picture was shared, fans came in their number to reply to Anushka's post. Among them was comedian Bhuvan Bam, who came up with a hilarious response. 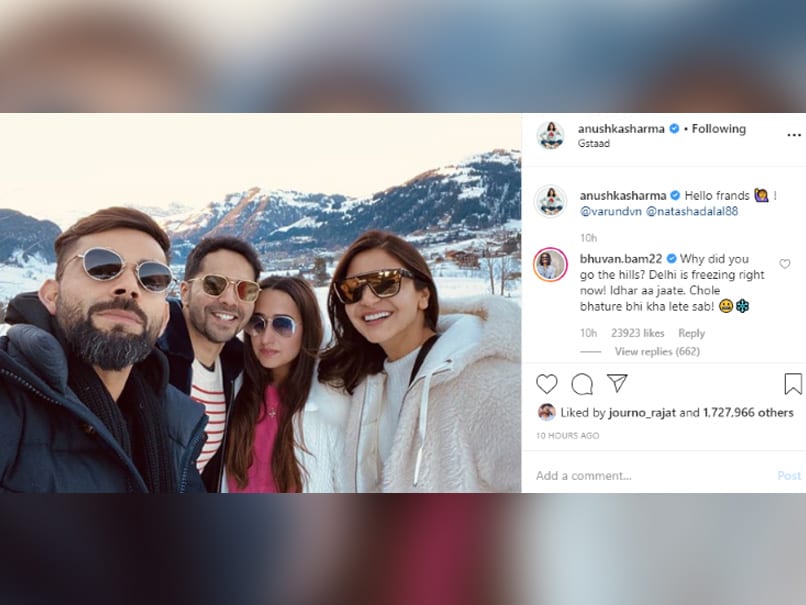 After the T20I series against Sri Lanka, Australia will travel to India to compete in a three-match ODI series.

India will have to contend with a gruelling schedule in the beginning of 2020. After hosting Sri Lanka and Australia, the team will travel to New Zealand for a complete tour that includes five T20Is, three ODIs and two Test matches.

The India captain will finish the year as the leading run-scorer in Tests, ODIs and T20Is combined while his deputy in the limited overs format Rohit Sharma will end 2019 as the top run-getter in ODIs.

Kohli will look to replicate the success that India managed to achieve in 2019 in the coming year.