Umar Akmal pleaded guilty in April to a charge of failing to report two match-fixing approaches and received a three-year ban for each offence, to run concurrently from February 20. 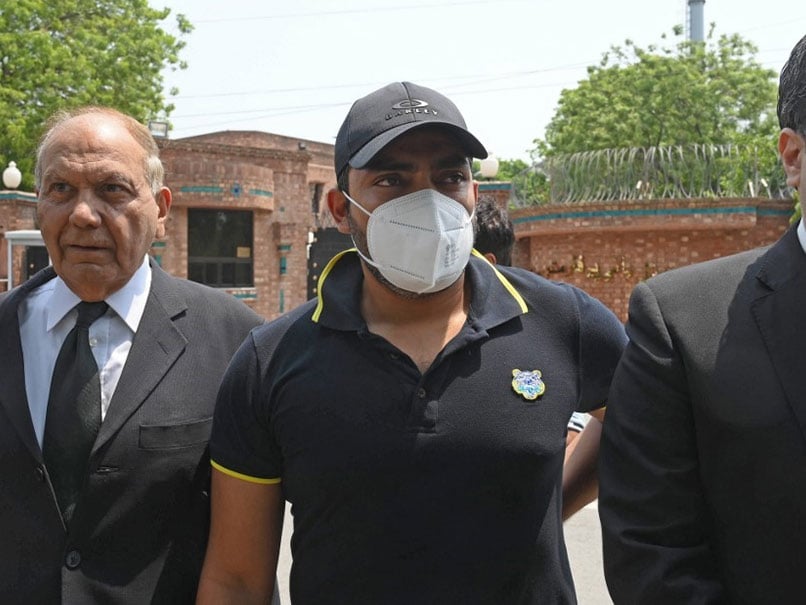 Umar Akmal arrives with his lawyer at the Pakistan Cricket Board office in Lahore.© AFP

Pakistan batsman Umar Akmal's three-year ban from cricket for failing to report a match-fixing approach was on Wednesday reduced to 18 months on appeal, meaning he can resume playing in August next year. Former Pakistan supreme court judge and independent adjudicator Faqir Mohammad Khokhar announced the appeal result, which had been reserved two weeks ago, after a short hearing in Lahore attended by Akmal and his lawyer. Akmal pleaded guilty in April to a charge of failing to report two match-fixing approaches and received a three-year ban for each offence, to run concurrently from February 20.

The anti-corruption code of Pakistan Cricket Board states that players must report all the corrupt approaches to the authorities.

Despite the reduction, Akmal complained he had been unfairly treated.

"I am still not satisfied because other players got less punishment on the same charge," Umar told media, referring to a one-year ban (six months suspended) handed to fast bowler Mohammad Irfan in 2017.

Irfan had not contested the charge of failing to report and was given an "agreed sanction".

"I will consult my lawyers and then try to get it reduced further," Akmal said.

Following a brilliant Test debut in 2009 when he scored a century in New Zealand, the talented Akmal was touted as a future great but his career has been punctuated by controversy before this year's ban.

Akmal was arrested in 2014 after a fight with a traffic warden in Lahore.

And he was banned for three matches and fined over a spat with Pakistan head coach Mickey Arthur in 2017.