"The NCA is independently looking at this case but it involves spot fixing," PCB chairman Shahryar Khan said 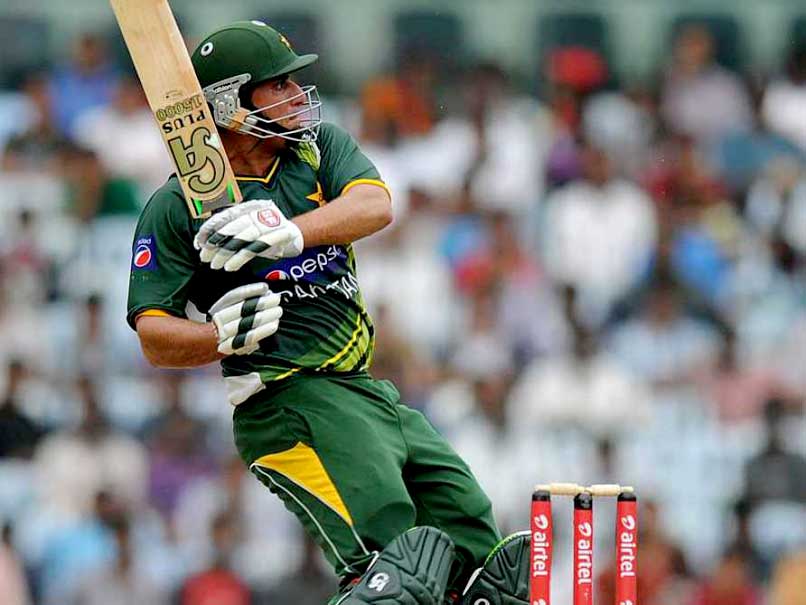 Reports in Pakistan speculated that the suspended Nasir Jamshed was one of the two men arrested.© BCCI

The London-based National Crime Agency (NCA) on Tuesday revealed that it arrested two men in London in relation to the spot-fixing scandal that has rocked the Pakistan Super League (PSL). The NCA said that the two men were arrested on Monday 'in connection with bribery offences as part of an ongoing investigation into international cricket match spot-fixing'. Both of them were later released on bail until April, pending further enquiries. While the identities of the two men weren't revealed, reports in Pakistan speculated one of them to be left-handed opening batsman Nasir Jamshed.

PCB chairman Shaharyar Khan told the ARY television channel that he had also heard that Nasir Jamshed had been arrested by NCA.

"I have also heard this that Nasir and some person by the name of Yousuf were arrested and released on bail. They have apparently committed a crime on British soil and were arrested," he said.

"The NCA is independently looking at this case but it involves spot fixing," he added.

A press release on the website of NCA said: "Two men in their thirties have been arrested by NCA officers in connection with bribery offences as part of an ongoing investigation into international cricket match spot-fixing."

"The men were arrested on Monday 13 February and have been released on bail until April 2017 pending further enquiries.

The PCB yesterday had provisionally suspended Nasir Jamshed from playing all cricket until completion of investigations into the spot-fixing scandal that broke out in the PSL.

The left-handed opener who was also investigated for links with bookies during the Bangladesh Premier League two years back in 2012/13 hit three successive one-day hundreds against India in Bangladesh and India.

Pakistani batsmen, Sharjeel Khan and Khalid Latif were the other two players who were suspended last week from the PSL over alleged breaches of the anti-corruption code.

Comments
Topics mentioned in this article
Cricket Pakistan Cricket Team Pakistan Cricket Board Nasir Jamshed
Get the latest updates on ICC Women's Cricket World Cup 2022 and IPL 2022, check out the Schedule , Live Score and IPL Points Table. Like us on Facebook or follow us on Twitter for more sports updates. You can also download the NDTV Cricket app for Android or iOS.