TNCA Enters Into New Lease For MA Chidambaram Stadium, To Push For Opening Of Closed Stands

The TNCA would approach the Madras High Court and efforts would be made to get the stands operational for the coming India-West Indies ODI to be played in Chennai on December 15. 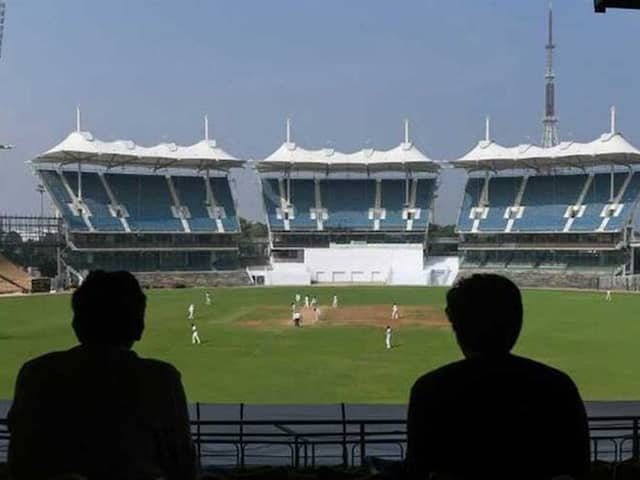 The TNCA has entered into a new lease agreement with the state government.© AFP

The Tamil Nadu Cricket Association (TNCA) will get possession of the iconic MA Chidambaram stadium in Chennai as it has entered into a new lease agreement with the state government, association sources said on Thursday. The lease was for a period of 21 years and this would start the process of getting the three closed stands at the stadium opened. The lease agreement was handed over to TNCA on Thursday, the sources said. The earlier lease had expired in 2015.

The TNCA would approach the Madras High Court and efforts would be made to get the stands operational for the coming India-West Indies ODI to be played in Chennai on December 15, they said adding if not they would be ready for next year's IPL.

The three stands (I, J, and K with a combined capacity of over 12,000) have been closed for the last eight years owing to various issues, depriving the city the opportunity t ohost matches at various events including the World T20 in 201 6and the IPL final earlier this year.

The stands were closed as the city Corporation said there was insufficient setback space between them and the Madras Cricket Club (MCC).

Though MCC had agreed to a proposal to demolish its gym to create the required setback space, it could not be done as the ground's lease to TNCA and MCC had ended in 2015.

Renewal of the lease would set in motion the process for the work, paving way for reopening of the closed stands in due course.

As per the new lease, TNCA will pay the state government the arrears it owes, the sources added.

MA Chidambaram Stadium, Chennai Cricket
Get the latest Cricket news, check out the India cricket schedule, Cricket live score . Like us on Facebook or follow us on Twitter for more sports updates. You can also download the NDTV Cricket app for Android or iOS.