Tim Seifert, New Zealand and Kolkata Knight Riders wicket-keeper batsman, recalled the days after he was left behind in India as he had tested positive for COVID-19 a few days after IPL 2021 was postponed. 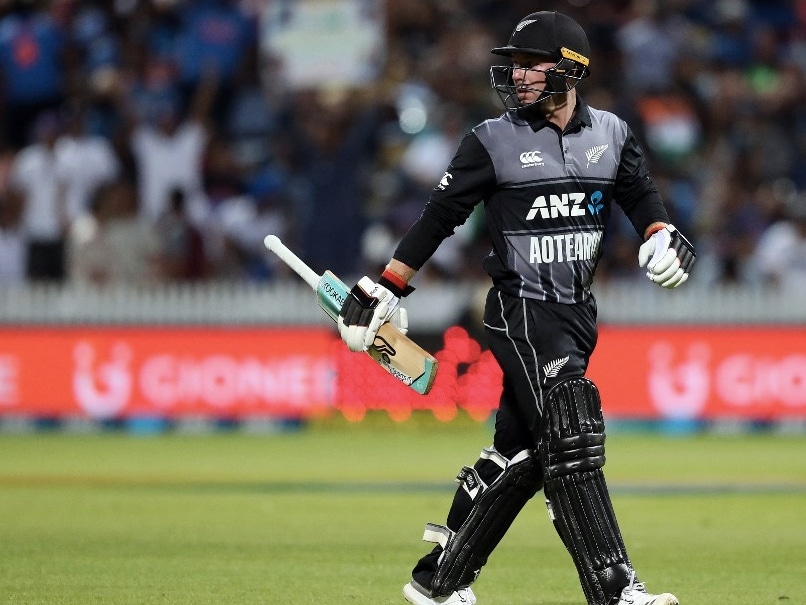 Tim Seifert tested positive for COVID-19 a mere 24 hours before his scheduled departure from India.© AFP

New Zealand cricketer Tim Seifert's world stopped for a moment and heart sank when he tested positive for COVID-19 during the now suspended IPL but the wicket-keeper said he never felt vulnerable inside the tournament's bio-bubble. Seifert, however, insisted that his COVID-19 ordeal will not deter him from travelling to India again for future assignments, including the T20 World Cup to be held later this year. "I got pulled aside and told I'd tested positive and my heart sank straight away when everyone left," he said.

"I was the only overseas player basically still left in India out of the whole tournament. That's when things got a little bit real," an emotional Seifert told the 'New Zealand Herald'.

"The world stops a little bit, I just couldn't really think what was next and that's the scary part of it - you hear about things, and I thought that was going to happen to me."

Seifert was all praise for the IPL bubble though. "Talking to some of the English boys that were over there before the IPL ... everything that they were saying was doing well. You only kind of heard good things, the structures, all the plans that have been put in place," Seifert was quoted as saying by New Zealand Herald.

"That was a good point of view for a player to go over there, and to be honest the whole time while I was over there (in India), the bubble felt good... felt safe."

Seifert, who was part of the Kolkata Knight Riders team in the IPL, is presently undergoing his 14-day mandatory quarantine in Auckland following his return to New Zealand after recovering from the deadly virus.

He had to stay back in India even after the suspension of the league as he contracted the virus just 24 hours before he was to fly back home with fellow New Zealand players.

His statement was in contrast to some other IPL players, including Australian Adam Zampa, who said he felt vulnerable inside the bio-bubble. He thanked former Kiwi stars Brendon McCullum and Stephen Fleming as well as KKR and Chennai Super Kings franchises for making life easier for him during his recovery period in Chennai.

"It definitely was hard and I couldn't thank Brendon (McCullum) and (Stephen) Fleming enough, they made everything a lot easier," Seifert said.

"Making sure things would be put in place and KKR, CSK support staff, management - they made life easy for me to know that everything would be alright and when that time was to come home, they would do everything to get me home safely and on time," he said.

Seifert, who has so far played 3 ODIs and 35 T20Is, said having a positive frame of mind was key to recovery from COVID-19.

"Once a few days had gone by, everything had kind of died down a little bit ... I knew it was a time of getting through it, looking at the positives. I'm getting married in two months so that's exciting. My fiancee Morgs - she's quite happy that I'm back a bit earlier so I can help plan for that," Seifert said.

"I'm lucky that having Covid has very minimal-mild symptoms. From having the virus and how I'm feeling...It's more about the process of quarantining, being stuck in a room knowing that if I get it I could get it worse, other people could get it worse."

Comments
Topics mentioned in this article
Tim Seifert IPL 2021 Cricket
Get the latest updates on ICC T20 Worldcup 2022 and CWG 2022 check out the Schedule, Live Score and Medals Tally. Like us on Facebook or follow us on Twitter for more sports updates. You can also download the NDTV Cricket app for Android or iOS.