This Is How Indian Cricketers Welcomed The New Year

New Year 2018 was welcomed by athletes of all description on social media. 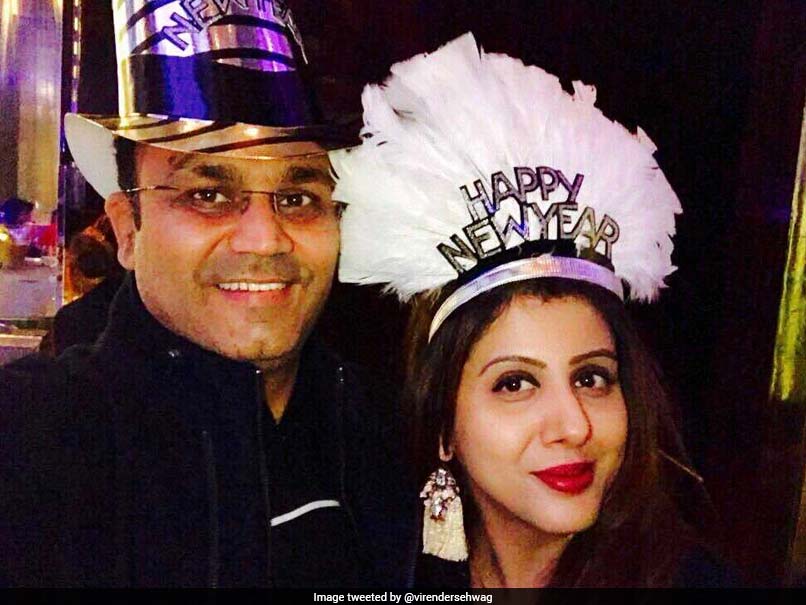 After a successful 2017, Team India will look to start the New Year 2018 with a bang when they face South Africa for a three-match Test series starting January 5. While the members of the current Indian cricket team celebrated the New Year with great fun and excitement at Cape Town with their families, some of the past and present players celebrated and welcomed 2018 in India. As different sportspersons from all over the globe took to Twitter to celebrate the New Year, here is how the Men in Blue extended season's greeting to their fans in style.

Wishing you all a very happy, healthy and prosperous New year. Love and light to all. pic.twitter.com/zYKWLXz6ka

"Hope
Smiles from the threshold of the new year ,
Whispering 'it will be happier'..." #Happy2018 pic.twitter.com/GdFr39Lr3I

Happy 2018 to all of you from the young Ashwin family. #NewYear2018 #newbeginnings @prithinarayanan pic.twitter.com/PPmtTozwhp

Happy new year from Perth everyone, 2017 was unreal. 2018 here we come.
pic.twitter.com/nFtTfNlpjQ

Mummy and me wishing everyone a very happy new year 2018 .... pic.twitter.com/4OACTPr5Q0

The India cricket team will kick off their 2018 with three Tests, six One-Day Internationals and three Twenty20 International matches on their two-month tour against the Proteas.

With a great mix of solid batsmen and good fast bowlers, this tour is being viewed as a golden chance for India to get one over hosts South Africa.

Ahead of the first Test, rain forced India to practice indoors at Cape Town on day two of their practice sessions. Wary of different pitch conditions, the formidable Men in Blue will have to give in their best to beat the mighty Proteas.

The Indian seamers focused on bowling multiple long spells as Bhuvneshwar Kumar had said that the 'Kookaburra' is the toughest ball to bowl with as it does not provide too much assistance to a bowler after 25-30 overs.

Comments
Topics mentioned in this article
India Cricket Team VVS Laxman Harbhajan Singh Ravichandran Ashwin Roger Federer Carolina Marin Saina Nehwal Cricket
Get the latest updates on ICC T20 Worldcup 2022 and CWG 2022 check out the Schedule, Live Score and Medals Tally. Like us on Facebook or follow us on Twitter for more sports updates. You can also download the NDTV Cricket app for Android or iOS.