According to a report, the selection process for Team India support staff started on Monday but will be completed only on Thursday with the announcement of all the names. 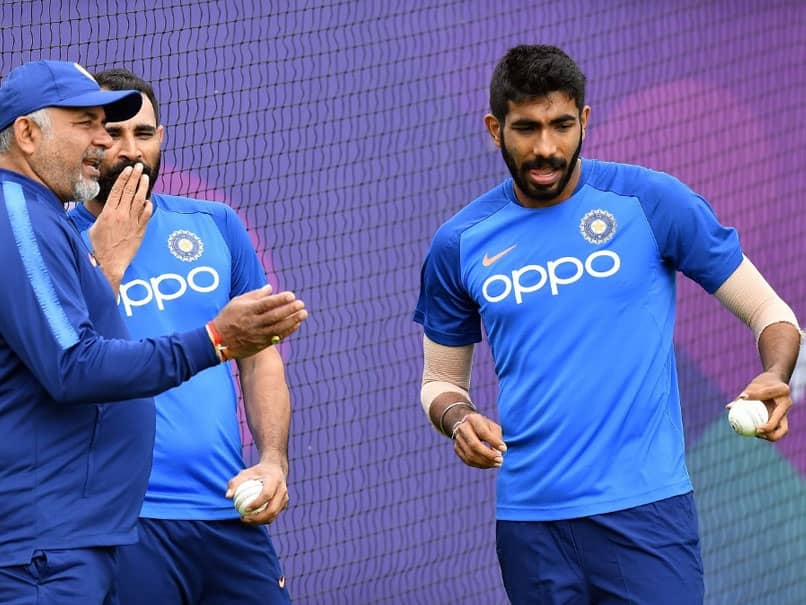 Bharat Arun is expected to be retained as Team India bowling coach.© AFP

With the Cricket Advisory Committee (CAC) deciding on Ravi Shastri's reappointment as the India head coach on Friday, it is now the turn of the five wise men of Indian cricket -- the selectors led by MSK. Prasad -- to appoint the support staff who will join Shastri to form the coaching staff of the Indian cricket team. While the process started on Monday, it will be completed only on Thursday with the announcement of all the names. Speaking to IANS, a BCCI functionary said that the board would wait for the completion of the whole process before making an announcement on the respective positions, which are up for grabs.

"The process starts today and will continue till Thursday. The announcement of the candidates will be made on Thursday after the whole process is completed. No point going one name at a time," the functionary explained.

Interestingly, the CAC wanted to be a part of the process of the support staff selection as well, but that would have meant that the Committee of Administrators (CoA) would have had to go against the BCCI constitution and let them supervise the process.

The newly registered constitution of the BCCI says that the CAC will appoint the head coach while the national selectors will pick the support staff.

While bowling coach Bharat Arun is expected to be an automatic choice for the post as the Indian team has improved by leaps and bounds under him, head coach Shastri has also spoken highly of the fielding standards that the team has reached under R. Sridhar and that could mean that Jonty Rhodes would have to return empty handed after applying for the position.

"In the last four-five years, the biggest improvement has been in fielding. And the endeavour is to make this side the best fielding team in the world. It's a clear diktat to whosoever wants to play in this team to have spectacular standard of fielding, especially in white-ball cricket," Shastri said after his reappointment.

The post of the batting coach is expected to be the most debated one as current coach Sanjay Bangar's position is under the scanner after his failure to find a suitable batsman for the vital No.4 spot in the limited-overs batting line-up.

With former selector Vikram Rathour and former India batsman Praveen Amre applying, it will be interesting to see how this one pans out.

India Cricket Team Ravi Shastri Sanjay Bangar Bharathi Arun Cricket
Get the latest updates on India vs Australia Series, check out the India vs Australia Schedule for 2020-21 and Ind vs Aus live score . Like us on Facebook or follow us on Twitter for more sports updates. You can also download the NDTV Cricket app for Android or iOS.