Happy New Year: Team India celebrated the arrival of New Year 2021 even as they continued their Australia sojourn. 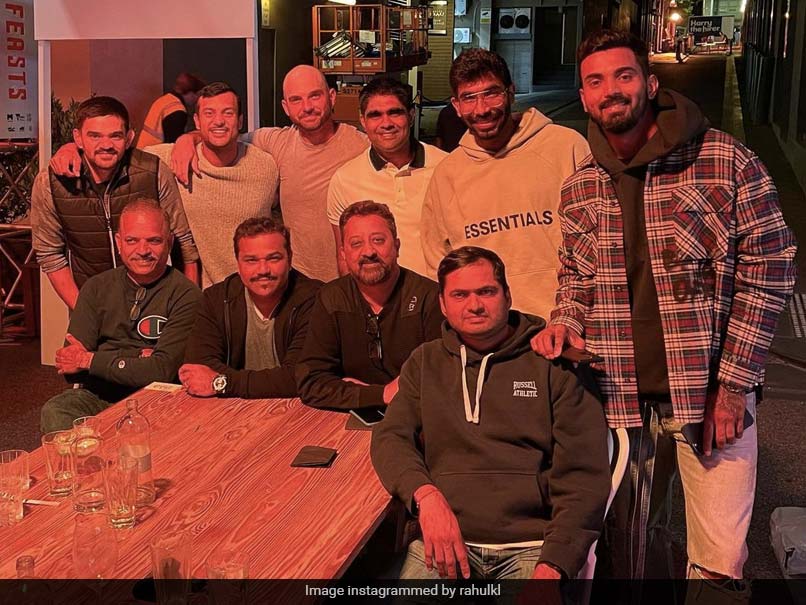 New Year 2021: Team India celebrated the New Year in Australia where they are playing a Test series.© KL Rahul/Instagram

Team India celebrated the arrival of the year 2021 even as they train in Melbourne ahead of the third Test against Australia in Sydney. KL Rahul posted a picture on social media where he can be seen alongside Jasprit Bumrah, Mayank Agarwal and members of the support staff. "New year, New feels, New chances. Same dreams, Fresh starts. 2021" wrote Rahul on Instagram. The Board of Control for Cricket in India (BCCI) wished their followers on the New Year with a post on social media.

Stand-in India skipper Ajinkya Rahane posted a message for his followers in his Instagram stories. 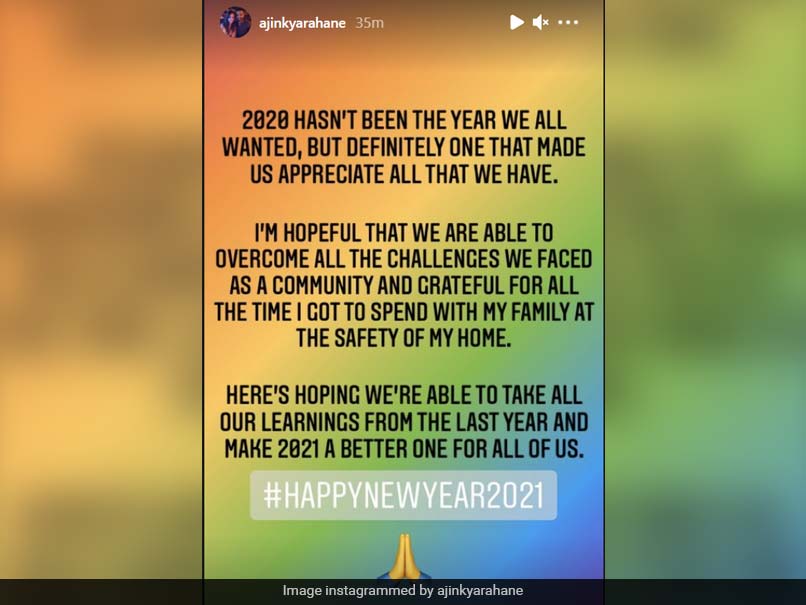 Happy new year to everyone!! #NewYear2021

"2020 gave us the opportunity to introspect, respect and be grateful. I'm thankful for the chance I received to spend time with my loved ones whilst also being able to go out there and play the sport that I love. Over to you, 2021" wrote Shikhar Dhawan as he posted a picture with his son.

"2020 brought a lot of opportunities, growth, and learning for me. I'll take a lot of lessons heading into the New Year! 2021, ready for what you have in store," Shreyas Iyer wrote on Instagram.

India are in Australia to play a four-match Test series that is currently tied 1-1 after two games.

Australia won the first match in Adelaide by eight wickets while India took the second Test in Melbourne by the same margin.

Earlier on the tour, India won the T20I series against Australia 2-1 but lost the ODI series by the same margin.

Ajinkya Rahane
Get the latest updates on ICC T20 Worldcup 2022 and CWG 2022 check out the Schedule, Live Score and Medals Tally. Like us on Facebook or follow us on Twitter for more sports updates. You can also download the NDTV Cricket app for Android or iOS.