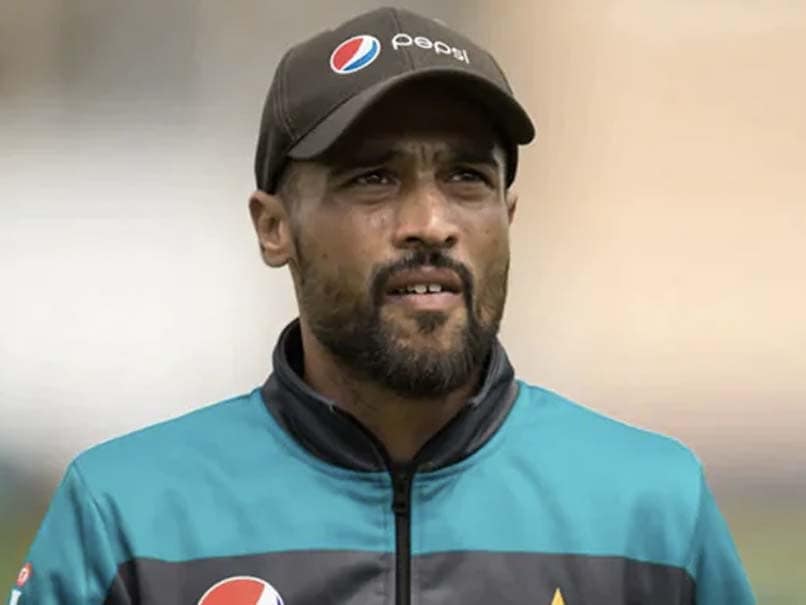 Kamran Akmal feels Mohammad Amir has four to five years of cricket left in him.© AFP

Former Pakistan wicketkeeper-batsman Kamran Akmal has urged skipper Babar Azam to consider Mohammad Amir and Wahab Riaz for the T20 World Cup slated to be played this year. Akmal has also said that Babar should look to improve the current selection policy and he can take a cue from former Pakistan skippers. "Babar Azam is improving as a captain with passing time. Although, he need to bring improvement in his selection policy. Inzi [Inzamamul Haq] and Younis [Khan] bhai were very strict in this matter. They valued domestic experience over short-cut selections. Babar needs to understand that this will affect team performance in the future," Akmal told Cricket Pakistan.

"The situation will be clear after the tour of England. Mohammad Amir and Wahab Riaz should be included in the side. Amir has four to five years of cricket left in him, while Riaz can play for another two or three years. Experience is very important. Pakistan needs mature bowlers bearing in mind the flat nature of pitches in India," he added.

Kamran Akmal also said that Pakistan tends to play weaker opponents and then they struggle when matches against the bigger opponents come along.

"Luckily, the teams Pakistan has played against in the past seven or eight months have lacked their top players but I'm sure the coach, selectors and Babar knows where their team stands when they will come up against the likes of India, England and Australia. I don't think they want to admit this but things will become clear going forward," said Kamran.

"Players need to be selected based on domestic experience. Look at the examples of Babar Azam, Hasan Ali, Fawad Alam and Imamul Haq, they have all been selected on consistent domestic performance which is now being translated into international cricket. I don't know why the selectors are in a hurry to give young players chances. Maybe they think these players will leave Pakistan if not selected," he added.