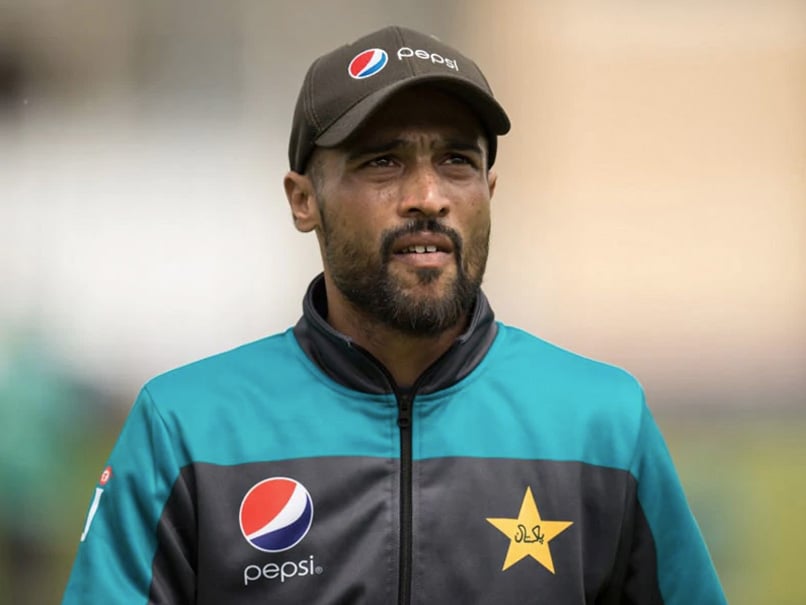 Mohammad Amir picked up 259 wickets for Pakistan across all three formats.© AFP

One month after announcing his retirement from international cricket, fast bowler Mohammad Amir on Monday said that he will only think about playing for Pakistan once the current management led by head coach Misbah-ul-Haq leaves. "I would like to clarify that yes I will be available for Pakistan only once this management leaves. So please stop spreading fake news just to sell your story," Amir tweeted.

Amir had earlier said that his decision to retire was not based on him being dropped for the New Zealand series, rather it was based on how some members of the PCB management kept on going about his decision to not play Test cricket.

"The issue started when I announced my retirement from Test cricket. All was fine after the 2019 World Cup, then-coach Mickey Arthur was fine with it and he understood the decision. However, some members in the PCB management once they took charge selected me for white-ball leg, and we even went to Australia, but when Pakistan lost the Test series there, the head coach and bowling coach started giving statements against me not playing Tests, some PCB management members said that Amir ditched us, they said I left Test cricket for T20 leagues. I was handling it for one year," Amir had said on his official YouTube channel.

"I never said that I would not play ODIs and T20Is for Pakistan just because of T20 leagues, these members of PCB management kept on saying that I left Tests for T20 leagues and this proved crucial in destroying my image and people started talking about it. I am not weak, if I was I would have never been able to make a comeback after 2010. I do not have issues with Wasim Khan and Ehsan Mani, I just have a problem with the current PCB management who is dealing with the players," he added.

Reacting to Amir's claims, Pakistan head coach Misbah-ul-Haq had said that Amir should have gone back to domestic cricket to prove his worth rather than making up circumstances surrounding his sudden retirement.

"There was talk about Waqar Younis related to Amir but there is no truth in it at all. There were six [association] coaches as selectors, me as chief selector, and then there was a captain. So this is absolutely not possible, [the idea] that one person out of all could have influenced the decision. Nobody was supporting his selection on the basis of performance. I have no idea why he made up everything and tried to give this whole scenario a context that is out of proportion. For him, it was a simple method: go back and prove his form and get back in the team and everything else is irrelevant," ESPNCricinfo had quoted Misbah as saying.

Misbah-ul-Haq Cricket Pakistan Cricket Board
Get the latest updates on India vs Australia and check out  Schedule, Results and Live Score. Like us on Facebook or follow us on Twitter for more sports updates. You can also download the NDTV Cricket app for Android or iOS.