T20 Vitality Blast 2021: Glenn Phillips took a splendid catch to send Stephen Eskinazi back to the pavilion during Gloucestershire's match against Middlesex. 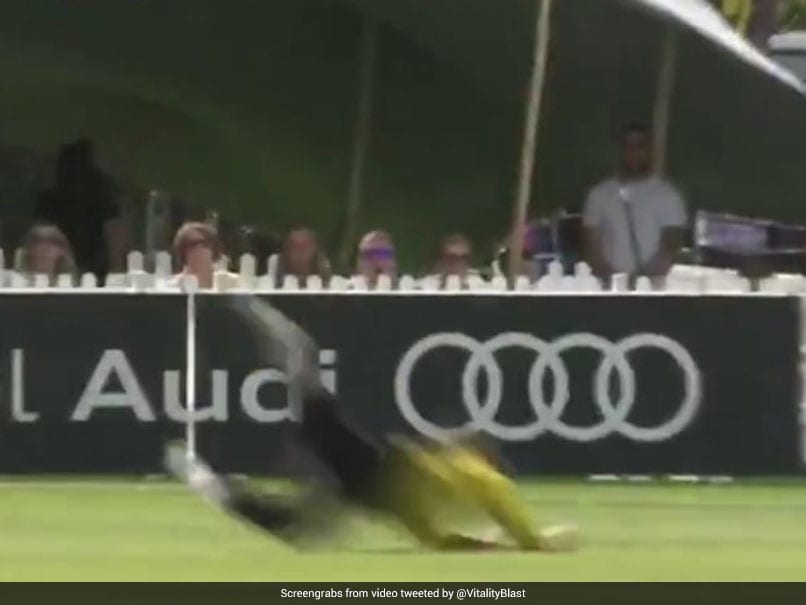 New Zealand cricketer Glenn Phillips pulled off a spectacular catch during Gloucestershire's match against Middlesex, at the T20 Vitality Blast 2021. The event occurred in the third over of the second innings when Middlesex were chasing a target of 172 runs. Opener Stephen Eskinazi tried to direct a delivery by Matt Taylor to the boundary but Phillips had other plans. The 24-year-old ran from backward point and dived to take a stunning catch, and sent Eskinazi back to the pavilion. The opener managed to muster only nine runs. The tournament's official Twitter handle shared the highlight and captioned it as, "WHAT A WORLDIE Glenn Phillips take a bow".

Phillips has been in top form during the Vitality Blast 2021, scoring 423 runs in 10 matches so far, at an average of 60. He has also registered three half-centuries and has a strike rate of more than 160.

He also has hit the most number of sixes in the competition at 29.

For his national team, Phillips has played in 25 T20I games, scoring 506 runs. He also has two half-centuries in T20Is.

He has also played in a Test match for New Zealand. He was awarded a central contract by his country's cricket board ahead of the 2021-22 season.

Comments
Topics mentioned in this article
Glenn Phillips Cricket
Get the latest updates on IPL 2021, check out the IPL 2021 Schedule and Indian Premier League Live Score . Like us on Facebook or follow us on Twitter for more sports updates. You can also download the NDTV Cricket app for Android or iOS.