West Indies captain Kieron Pollard accused his side of not performing to international standards Sunday after New Zealand comprehensively won the second Twenty20 international by 72 runs on the back of a record century by Glenn Phillips. 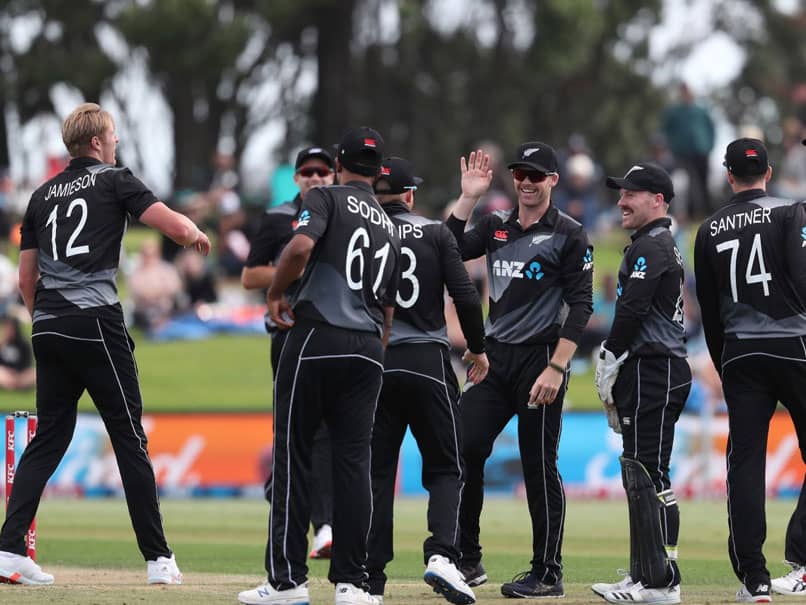 West Indies captain Kieron Pollard accused his side of not performing to international standards Sunday after New Zealand comprehensively won the second Twenty20 international by 72 runs on the back of a record century by Glenn Phillips. New Zealand wrapped up the series at Mount Maunganui with a game to spare, after winning the opening match on Friday by five wickets, as Phillips provided a batting masterclass. Called up to the Twenty20 side while regular skipper Kane Williamson focuses on the upcoming Tests, Phillips plundered eight sixes and 10 fours on his way to 108 as New Zealand posted a mammoth 238 for three and then restricted the West Indies to 166 for nine.

"You never know when the next opportunity is going to come and I came into this going 'let's go in as hard as I possibly can. I know I can do it'," Phillips said.

The 23-year-old, who was born in South Africa but moved to New Zealand at the age of five, took just 46 deliveries to reach his century, the 10th fastest in Twenty20 internationals and one ball faster than the previous New Zealand record held by Colin Munro.

Phillips plays in the Caribbean in the New Zealand off-season and said familiarity with the West Indies attack was a big help.

"Definitely, that has a lot to do with how I performed out here. You go in with more confidence against guys that you've played well against before," said Phillips, who also took two catches and ran out opener Andre Fletcher in a brilliant all-round display.

New Zealand stand-in skipper Tim Southee called Phillips's performance "incredible", adding that his two catches, one diving at full-stretch on the boundary, and the sharp run out showed "he's got that X-factor about him".

But while Phillips, along with Devon Conway who produced an unbeaten 85, put the game firmly in New Zealand's hands, opposing captain Pollard was left fuming.

After winning the toss and sending New Zealand into bat under overcast skies, Pollard believed the West Indies were in control when the Black Caps reached the halfway mark at 84 for two

"If we had stayed in the contest a bit longer, try to limit the damage to 200, 190 or so, we'd have been for the challenge but we were behind the eight ball after that 10th over and it just went pear-shaped from there."

Kieron Pollard Glenn Phillips Cricket New Zealand vs West Indies, 2nd T20I
Get the latest updates on India vs Australia Series, check out the India vs Australia Schedule for 2020-21 and Ind vs Aus live score . Like us on Facebook or follow us on Twitter for more sports updates. You can also download the NDTV Cricket app for Android or iOS.